Sweden’s state-owned LKAB evacuated its Kiruna iron ore mine yesterday as the site experienced one of the country’s largest earthquakes. 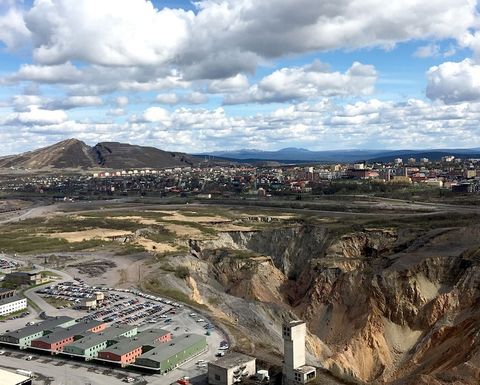 LKAB’s Kiruna mine in Sweden

In a translated statement, the company said the 13 people underground had been evacuated and the mine north of the Arctic Circle had been closed.

"The damage assessment is ongoing and it is estimated that the damage is extensive," LKAB said yesterday.

It had said as "a large area is still seismically active" no inspections would be done in that area until today.

In an update last night, the company said it was uncertain when production could restart.

The Department of Earth Sciences at Uppsala University said the quake at the Kiruna mine was measured to magnitude 4.1 "and is the largest quake recorded instrumentally in Sweden" but said it had a slightly smaller magnitude than a quake at Skåne in 2008.

LKAB last reported a seismic event occurred at Kiruna on April 19, saying its preliminary magnitude was 1.77 according to the local scale.

Kiruna's ore is mined at a depth of more than 1,000m and the company said in its 2019 annual report that seismic events which arose as a result of the mining could affect the stability of the rock.

It said in the report it would continue work on rock reinforcement and prevent seismic activity.

Kiruna is LKAB's largest mine and it produced 14.7 million tonnes of finished products in 2019, compared with 9.6Mt from Malmberget and 3Mt at Svappavaara.

The Kiruna municipality announced plans in 2004 to move the town 3km to the east to enable the long-running mine underneath it to continue operating.