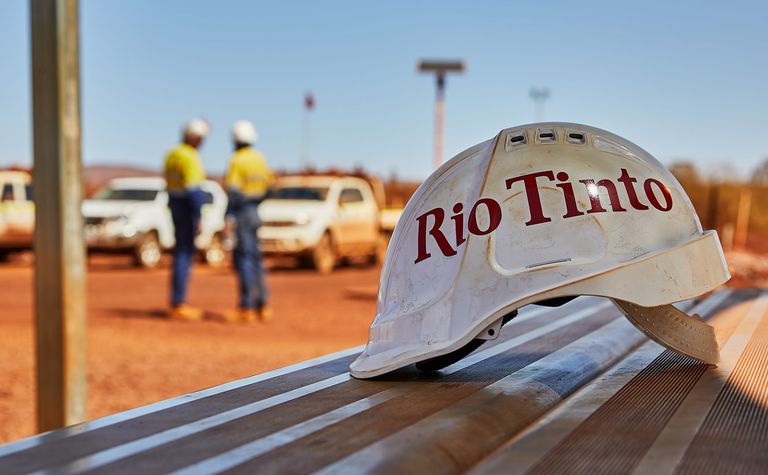 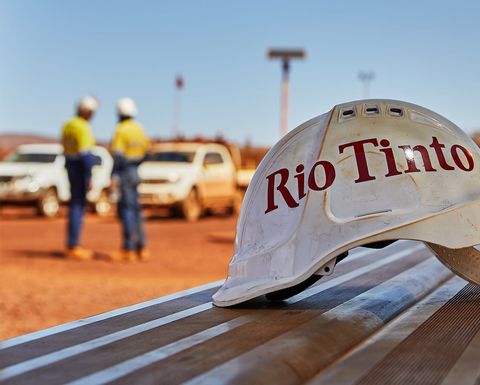 A lot has to go right for Rio Tinto this year

Rio blamed above-average Pilbara rainfall in the first half of 2021, as well as delays at new greenfields mine Gudai-Darri and replacement mine Robe Valley due to border closures and labour availability.

Aluminium production was flat at 3.15Mt, impacted by strike action in Canada.

Full-year titanium dioxide slag production fell 9% to 1.01Mt due to the curtailment of Richards Bay Minerals.

"In 2021 we continued to experience strong demand for our products while operating conditions remained challenging, including due to prolonged COVID-19 disruptions," Rio CEO Jakob Stausholm said.

"Despite this, we progressed a number of our projects, including the Pilbara replacement mines, underlining the resilience of the business and the commitment and flexibility of our people, communities and host governments.

"We are seeing some initial positive results from the implementation of the Rio Tinto Safe Production System, which we will significantly ramp up in 2022, as we continue to work hard to improve our operational performance to become the best operator."

Guidance remains subject to weather, market conditions and the management of cultural heritage.

It also is dependent on COVID-19 interruptions.

Western Australia is about to enter its most critical phase of the pandemic. After two years of virtually no community spread, the borders will reopen on February 5.

Rio said guidance for iron ore and other commodities assumed no "government-imposed restrictions and widespread protracted cases related to new highly contagious variants with high severity, which could result in a significant number of our production-critical workforce and contractor base being unable to work due to illness and/or isolation requirements".

"This risk extends to prolonged interruption of service from a key partner or supplier which could lead to severely constrained operational activity of a key asset or project," Rio said.

"This risk is exacerbated globally by tight labour markets and supply chain delays."

Bauxite output is expected to rise slightly to 54-57Mt.

Alumina production guidance has been set at 8-8.4Mt, with aluminium production of 3.1-3.2Mt.

The company also expects to produce 5-6 million carats of diamonds, up from 3.8 million carats last year, reflecting its move from 60% to 100% of the Diavik mine in Canada.

Rio said its Jadar lithium project in Serbia, which has been subject to widespread local opposition, would be delayed due to approval delays.

In December, Rio announced the US$825 million acquisition of the Rincon project in Argentina.

The company said it was drilling at the Simandou iron ore project in Guinea and was seeking expressions of interest for construction and early development works in 2022.

"Rio Tinto's operations continue to meander and mine capacity issues in iron ore are likely to weigh again in 2022, albeit on an already reduced forecast production profile," he said.

"Although iron ore prices have provided the shares some solace in recent weeks, we continue to see a challenging outlook for iron ore over the course of 2022.

"Like all miners, the current value trade provides a benefit, and we believe the balance sheet remains in exceptional shape. But beyond this, with wider strategic questions and unresolved situations in Mongolia, Serbia and Guinea, we continue to prefer BHP."

RBC has a sector perform rating for Rio and A$110 price target.