Harmony Gold Mining (SJ:HAR) has signed an agreement to acquire AngloGold Ashanti’s (SJ:ANG) Moab Khotsong underground mine in South Africa for US$300 million in cash. 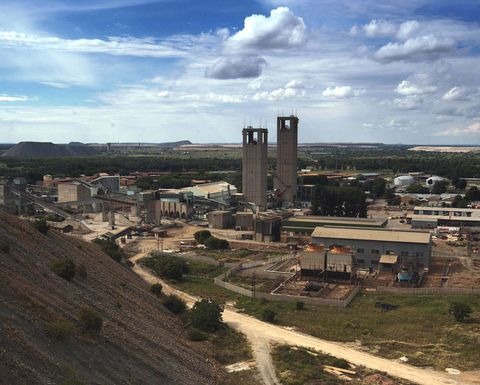 AngloGold had told shareholders earlier this year it would be reviewing its South African mining operations due to their under-performance which had resulted in substantial, and ultimately unsustainable, losses.

Moab Khotsong in the Vaal River region of the Free State province has only been in operation since 2006, making it one of the newest underground operating mines in the country. It also includes a brownfields mine-life extension option called Project Zaaiplaats that is at prefeasibility stage and could possibly extend the life of the operations by more than 15 years.

The acquisition also incorporates the Great Noligwa underground mine and related infrastructure, including the Mispah tailings storage complex, the Great Noligwa and Mispah gold plants, the South uranium plant, the Nuclear Fuels Corporation of South Africa uranium calcining facility, interest in the Margaret Water Company and all related ancillary services and assets.

The mines produced 130,000oz of gold in aggregate at an all-in sustaining cost of $998 per ounce for the January-June period and will add more than 250,000oz per annum of gold production at an AISC of $950/oz.

The assets will increase Harmony's South African underground resource base by 17.5 million ounces, or 38%.

The company said it "believes the transaction is value accretive and will enhance its position as a robust cash-generative gold mining company, with a proven track-record of running assets effectively and efficiently".

Harmony will fund the acquisition by settling $100 million from its existing $350 million senior secured term and revolving credit facility, with the remaining $200 million to be financed through a fully-underwritten bridge loan facility.

The transaction is subject to support from Harmony shareholders and regulatory approvals, although the company's board has unanimously approved the definitive agreement and will recommend it to shareholders.

"Buying Moab Khotsong means we boost our cash flows by more than 60%, increase our average overall underground recovered grade by 12% and grow our South African underground resource base by 38%", he said.

AngloGold CEO Srinivasan Venkatakrishnan said the sale of the assets was "in line" with its capital allocation strategy and its aim to improve its global portfolio.

"We are pleased to have agreed the sale of the Moab assets on fair terms to a well-established mining company with plans to secure its long-term future," he said.

AngloGold announced in June that it was restructuring the South African operations to ensure their viability. This included placing the Kopanang mine and the Savuka section of the TauTona mine on care and maintenance, and evaluating the feasibility of integrating elements of TauTona into the neighbouring Mponeng mine.

Once the transaction goes through, AngloGold will no longer have underground mining operations in the Vaal River region and its remaining South African operations will account for less than 15% of its estimated annual group production.