Markets in need of some charge

The markets could have done with a bit of Tesla-inspired power on Friday, with both the S&P/ASX 200 and Nikkei 225 posting lacklustre gains. 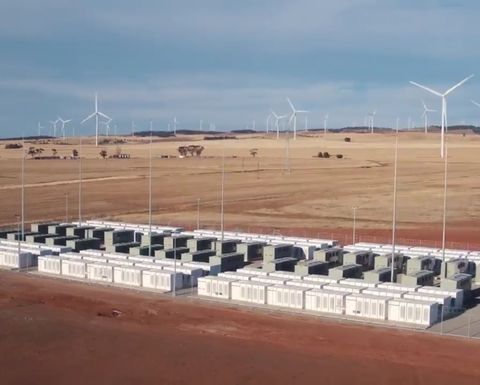 The markets could have used a bit of Tesla-inspired power today (pictured: the installation in South Australia)

Gold was off the boil, too, with investors continuing to shift money away from the yellow metal to the greenback after positive economic news from the US earlier in the week.

On Wednesday, the US government posted GDP data for the September quarter, which showed the economy expanded 3.3% compared with the previous year. This was the country's biggest annual GDP jump since 2014.

The gold price was down around US$1,275 per ounce early London time, compared with $1,294/oz at midday on Wednesday.

Unsurprisingly, bullion price falls fed through to the equities, with Barrick Gold (US:ABX) down 1.78% in New York and Newcrest Mining (AU:NCM) off 0.43% in Australia.

Speaking of Australia, there was some positive news out of power-starved South Australia on Friday, with news the giant lithium-ion battery Tesla had built and installed in 60 days had gone live.

The 100MW battery, made up of Tesla PowerWall 2 batteries, is capable of powering about 30,000 homes for a little over an hour. It actually started dispatching stored wind power into the grid a day ahead of its scheduled start on Friday.

Markets mixed as some re-openings loom