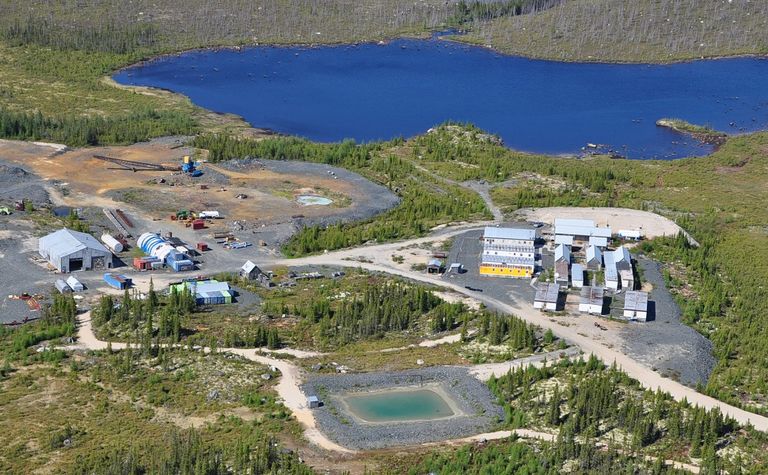 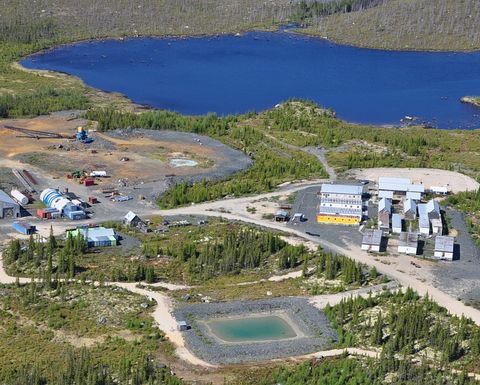 Eastmain Clearwater mine camp in Quebec

Each hard unit will comprise one common share and half of a share purchase warrant, and each whole warrant will entitle the holder to buy one more share at C35c each for two years from the date of issue.

Should the underwriters exercise the overallotment option, Eastmain stands to raise a further C$750 000.

The mining flow-through share programme is seen a critical component to reinforcing Canada's competitiveness on the world mining stage. The incentive allows individuals who invest in flow-through shares to claim a non-refundable tax credit of their flow-through expenditures.

Eastmain is making progress on three fronts in the emerging James Bay gold camp of Quebec, where it holds a 100% stake in the Eau Claire project, on which it published the results of a preliminary economic assessment in May.

Pre-production capital expenditures is pegged at C$175 million for both the openpit and underground mines.

The PEA calculated an after-tax net present value, at a 5% discount rate, of C$260 million and an after-tax internal rate of return of 27%. The project would pay for itself in the first 3.1 years of its 12-year mine life. Average all-in sustaining costs are estimated to be $574/oz.

Eastmain, which has a market capitalisation of C$45.83 million, has also published a maiden resource estimate for it eponymous mine project in the region, and it has partnered with Goldcorp on the Éléonore South Joint Venture, immediately south of Goldcorp's Éléonore mine, which hosts a new high-grade gold discovery made in late 2017.