Puffers not duffers: the cannabis slap down of mining

Investment in cannabis blew away the mining sector in 2018, according to data compiled by Oreninc, as weed growers sucked in funding, while the majority of miners and explorers struggled to catch a bid. 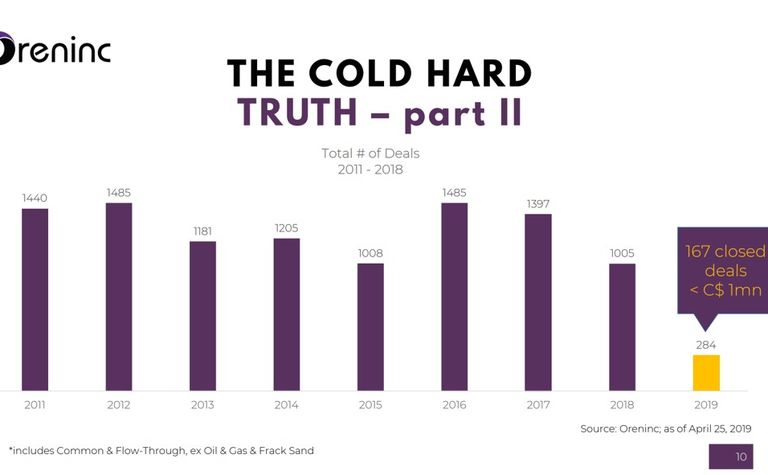 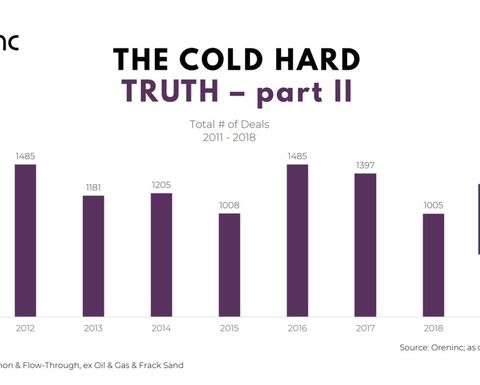 Cannabis stocks claimed eight of the top 10 positions for the most value traded on the TSXV and two of the top 10 on the TSX where five banks and three energy companies dominate. In terms of volume traded, pot stocks took three places in the TSX top 10 and seven on the TSXV top 10.

Legislative changes opened the door to a raft of cannabis stocks going public in the past couple of years, but the hype and glamour that drew investors may start to dissipate as the sector matures into a normal agricultural products market, with associated valuations. Tilt Holdings, for example, completed a four-way reverse merger to list in late 2018 with a valuation of about US$500 million now has a $7 million valuation on the same business after taking a massive goodwill impairment charge in its first quarterly earnings report.

However, there is a silver lining as the number of financings including warrants has fallen slightly from 80% last year to 76% this year, and warrant premiums have increased to 73% from 56% for full warrants and to 61% from 28% for half warrants.

Juniors with exploration projects in Canada have an edge in raising funds in this environment due to the flow-through tax mechanism, which allows investors to obtain a tax deduction as a result of their investment in exploration.

Shares on high on change of plans