The mining industry has dominated the latest list of top 30 performing companies on the Toronto Stock Exchange, taking 14 places. 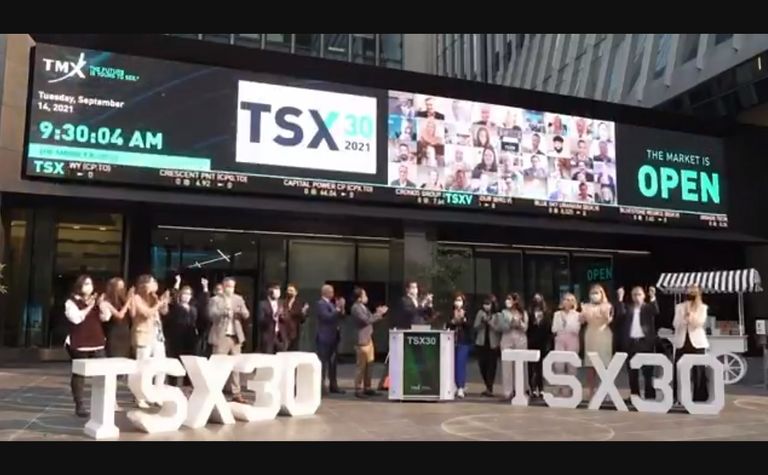 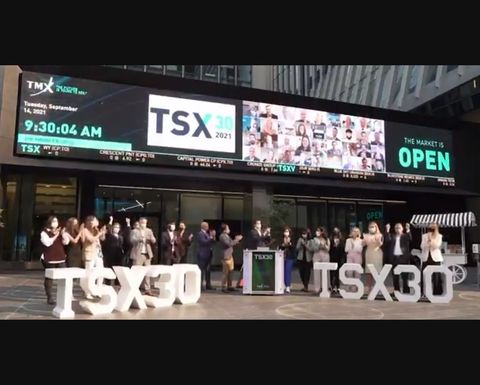 The 2021 TSX30 companies were celebrated at market open

Technology companies were next best represented, with five making the list.

The 2021 TSX30 listed the 30 top-performing stocks over a three-year period, based on dividend-adjusted share price performance.

Americas-focused gold and copper producer Aura Minerals topped the list with a three-year performance of 1,125%.

Orla Mining was eighth (313%) and precious metals developer SilverCrest Metals CEO Eric Fier said the company was honoured by the recognition after placing ninth with 286%.

Ivanhoe Mines, which has started copper production this year at Kamoa-Kakula in the Democratic Republic of Congo, was 15th with 231%.

Copper Mountain Mining (194%) and critical metals-focused NioCorp Developments (188%) were next among resource equities at 21 and 22.

The 30 companies created C$248 billion of market capitalisation growth over the past three years and averaged adjusted shareholder returns of more than 300%, the TSX said.

"Despite challenging times, the 2021 TSX30 and many more of our listed companies across all sectors have continued to lead the way; pursuing adaptive, future-focused business plans and generating growth for their shareholders, industries, and the communities in which they operate," Anastasopoulos said.

China might be top dog in Africa today, but it is committing the same mistakes as its predecessors

The start of an overdue iron ore correction