Ecuador’s Constitutional Court has rejected calls for a referendum which could have halted SolGold’s Cascabel and other projects in the country. 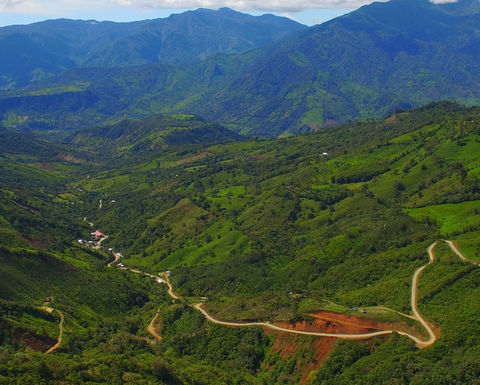 In its judgement, the Constitutional Court of Ecuador unanimously rejected the petition calling for a referendum on the basis of technicalities. The court judgement rejecting the petition did not discuss or rule on the merits of the case, and the formal resolution of the court with further detail into the rejection is yet to be published.

SolGold already had the support of the Ecuadorian government, which has stated that Cascabel has the potential to become one of the world's largest copper, silver and gold mines.

However, opponents to the company's mining plans had alleged that mining caused serious environmental damage and warned that rights to life and water would be violated if the project was allowed to go ahead.

The court case centred on whether a referendum should be held to ask the question, "are you in agreement with mining exploitation in the territories of the communities in the parishes of Lita, Carolina, Jijón y Camaño, Goaltal?" where SolGold's Cascabel project is located.

The company has been at pains to highlight how its project might benefit Ecuador's economy. For instance, the company says that a preliminary economic assessment for the Alpala deposit at Cascabel indicated about US$17bn (at US$3.30/lb copper price and US$1,300oz gold price) in taxes, royalties and profit shares "to the government and peoples of Ecuador". The company also stated that it employs 500 Ecuadorians, who make up 97% of its staff.

"SolGold is committed to building an integrated explorer, appraiser and miner in the copper industry in Ecuador, and enjoys the support of its major shareholders, including Newcrest and BHP," said the company in its official statement acknowledging the court decision. "SolGold is committed to the country's economic development, provides employment and conducts responsible mining in line with local and international laws and standards."

Prior to the court announcement, SolGold's share price had nearly halved since May, from a high of 40.20p to a low of 26.1p earlier this week; the rebound following the court decision brings its share price back up to its historical average for the last six months. The company's market capitalisation is £528.05 million.