Southern Copper has received government approval for a construction licence to build its US$1.4 billion Tia Maria copper mine in Arequipa, Peru, which will produce some 120,000 tonnes of copper a year for 20 years. 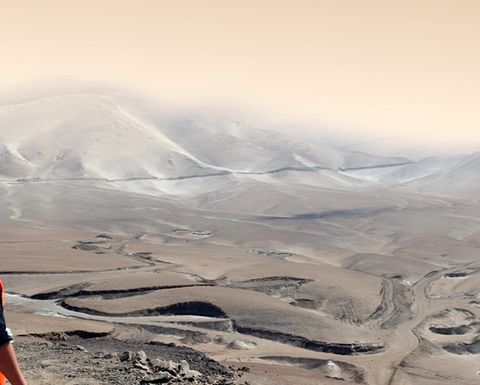 The controversial project, which has faced significant community opposition and delays since 2010 including protests during which people have been killed, is due to commence production in 2022, although Southern said it would not start construction until it had support from local communities.

"Southern Peru Copper reiterates its commitment to not begin construction of the project without previously generating, in coordination with the executive, dialogue spaces in which to resolve the doubts and provide the guarantees the population needs, with the aim of achieving a more favorable social context," the company said in a statement.

Local farmers in the Tambo Valley plan on continuing their opposition to the project and are planning on holding further protests later this month, leading the police to deploy more personnel to the area, according to local media.

Among the guarantees the company has made is for Tia Maria to not negatively affect other economic activities in the region such as agriculture as the mining operation will use water from a seawater desalination plant it will build rather than local water supplies.

It also aims to build a railroad to transport the copper produced and to build private access to the project at a prudent distance from populations in the Tambo valley. This aspect acknowledges how divisive truck transportation can be. The transportation of copper concentrates by truck from MMG's Las Bambas mine has caused repeated community protests and road blockades due to the noise and dust contamination the stream of trucks generates.

The company will also seek to employ as many local people as it can. "During the construction and operation phases we will prioritise contracting local labour. For this reason, we have launched a successful free programme of technical training which will benefit 700 people from Islay province," it said.

Shares in Southern Copper (NYSE:SCCO) are trading at US$37.25, valuing the company at $28.8 billion. Its share price has increased 23.4% since the start of the year.