The use of seawater desalination by mining in Chile is to grow 156% through 2030 to 11 cubic metres per second, according to Copper Commission, Cochilco, while the use of continental water will decrease 6%. 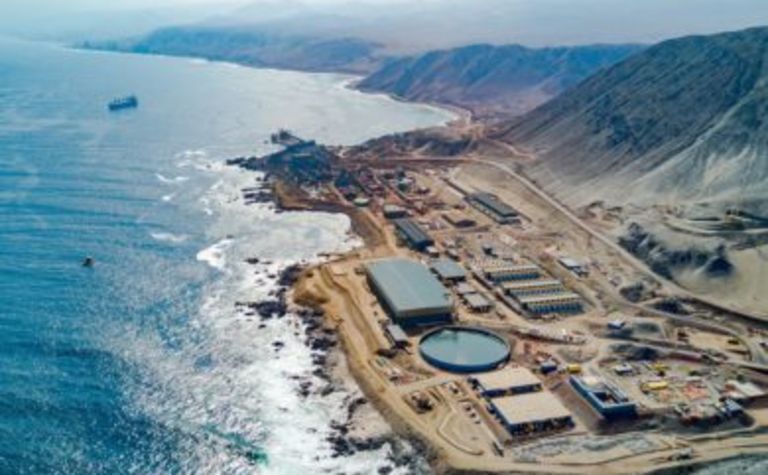 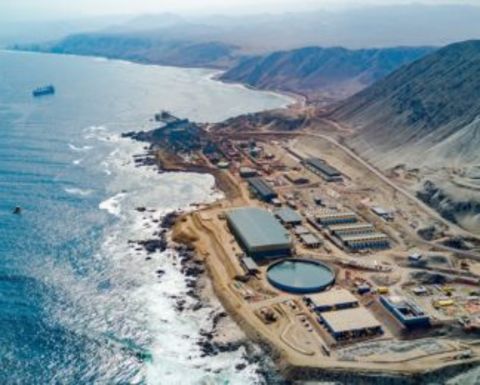 Cochilco analyst Camila Montes said desalination use would grow most in the drier northern parts of the country, forecasting 65% usage in Antofagasta, 60% in Tarapaca, 42% in Atacama and 25% in Coquimbo. Some 90% of the desalinated seawater will be used in the processing of copper sulphide ores for the production of copper concentrates.

The addition of seawater desalination to a large-scale project adds at least a billion dollars to project capex, up to over $3 billion for a massive plant such as the 2,500 litres per second (lps) plant BHP added at Escondida in 2018.

In addition to increasing capital costs, the use of desalinated seawater is also likely to face other challenges going forward. Chief among these is the possibility that some of the water will be co-opted by the state to provide water for domestic use in drought regions and the spectre of environmental restrictions related to the deposition of the extracted brine in marine environments.

The challenge of supplying a growing population with potable water as traditional water sources become more stressed has resulted in calls for miners to be required to hand over up to 25% of their desalinated water for domestic usage.

Chile got its first seawater desalination plant in 2003, built to supply 150lps of potable water for human use to Antofagasta. This initial facility is now Latin America's largest for human consumption and provides 1,056lps, 82.5% of Antofagasta's potable water demand.

Environmental legislation in Chile relates to land-based activities which means pumping salt back into the sea is not currently included in environmental impact assessments. Little research has been undertaken on the impacts of pumping brine sludge back out to sea, 200m from the shore, and how it affects marine life, although anecdotal evidence from fisherman is that it creates uninhabitable zones, as reported by The Guardian at the start of the year.

In terms of power consumption, Cochilco analyst Rosana Brantes forecasts it will increase 41% through 2030 from 23.6 terrawatt hours (TWh) to 33.1TWh, which means satisfying this future demand will require the addition of 1,387MW of capacity with the bulk of that required by 2024 when demand is forecast to increase to 30.6TWh.

Antofagasta region will continue to have the highest concentrated of energy demand, which is forecast to increase 30% through 2030. Atacama region, currently 11% of demand, will experience a 78% increase in the same time period.

The Consejo Minero Mining association which represents the largest miners in Chile reported that use of continental water remained steady in 2019 at 12 cubic metres/s while seawater use increased 28% from 3.2 to 4.1cu.m/s. Seawater, desalinated or not, represents 23% of water use by mining and will grow to 43% by 2029, according to the association.

The trade body also said mining only accounted for 4% of continental water usage in northern Chile (regions I through VI) compared with 12% for potable water and 78% for farming and livestock.

Ultimately, the cost of installing desalination capacity and the energy costs associated with pumping water up into the high cordillera, will put the brakes on development projects. "This  type of supply implies a high cost which many projects cannot assume, especially those far from the coast and at higher altitudes," said Consejo Minero executive president, Joaquín Villarino.

Increasing concentrate production and seawater use