A union representing supervisors at the Escondida copper mine in Chile will meet with management from operator BHP on Wednesday in a last-ditch to avert a strike over wages, Reuters reported. 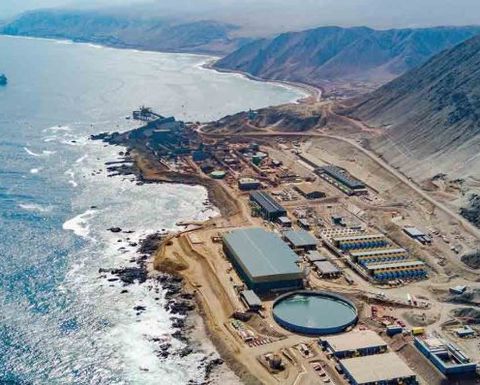 The union rejected BHP's supposedly final offer in contract negotiations last week, but the mining major agreed to meet again on Tuesday to break the deadlock. A resolution was not forthcoming, so talks were extended by one more day, the union said.

If the two sides fail to reach a deal, workers could begin a strike at what is the world's largest copper mine or talks could continue with the agreement of both parties.

BHP will be hoping to follow in the footsteps of Anglo American and Glencore, which according to Reuters managed to strike a deal last week with a union of workers at another Chilean mine - Collahuasi - ahead of the negotiation deadline of October 30.

Meanwhile, operations are continuing at Lundin Mining's Candelaria asset in Chile despite a strike by one of its unions, which represents about 350 workers.

Lundin said it was offering its workers alternative forms of transport after repeated roadblocks by striking workers. The company said mining activities have been maintained although the striking union said production rates have slowed.

Wage impasse at major copper mine pushes metal price up

Escondida workers voting whether to strike