Coal production growth to slow to 0.5% amid virus disruption

Global coal production growth is expected to slow in 2020 to only 0.5%, from 8.13 billion tonnes in 2019 to 8.17Bt following three consecutive yearly increases, analysis from GlobalData indicates. 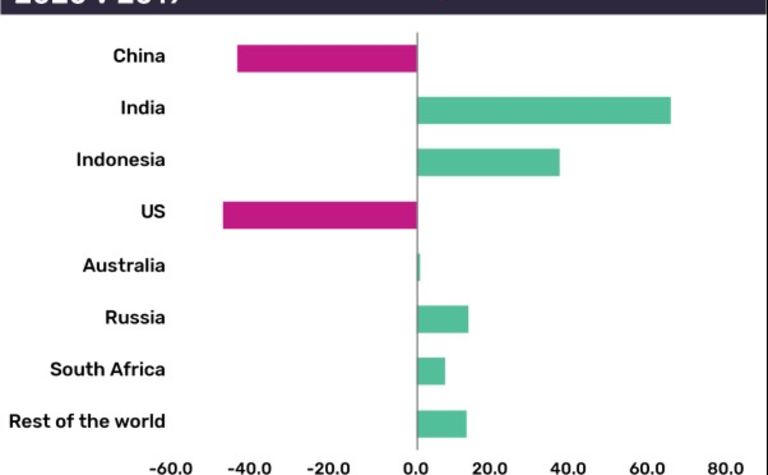 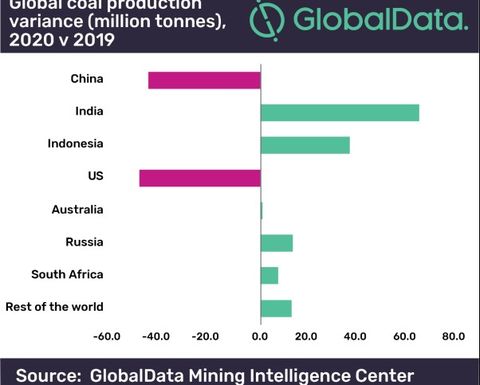 The softer outlook is the result of the disruptions caused by the coronavirus pandemic, with China the worst impacted to date.

Chinese coal output fell about 6% in the first two months of 2020 as workers could not return to mine sites, owing to the prolonged Lunar New Year holidays as well as road blockages and lockdowns to control the outbreak of the virus.

Thermal coal output is expected to grow by 0.5% to 7.05Bt, while metallurgical coal production is forecast to be flat at 1.1Bt.

Over the next four years, thermal coal production is expected to grow at a compound annual growth rate of 1.9% to reach 7.6Bt by 2023, due to increasing demand from India and China.

"Across the globe, compared with other commodities, coal production is only expected to be marginally affected by the impact of the coronavirus as thermal coal mines are permitted to operate during lockdowns as they are deemed essential to maintain power supplies," senior mining analyst Vinneth Bajaj said.

China's overall annual coal consumption is expected to fall by 0.5%, due in part to the lockdown of industrial areas, with thermal coal consumption falling by around 0.3% in 2020. Through to March 1, Chinese coal-fired power plants reported a 3% decline in consumption, with an 8% decline in the country's power generation during the first two months of 2020.

In India about 845Mt of coal is expected to be produced this year - an 8.3% increase compared with 2019. Production from South Eastern Coalfields and Mahanadi Coalfields will be of key concern during the current year, as it recovers from the impacts of the severe monsoon and labour strikes in 2019.

Elsewhere, thermal coal mines in South Africa have been permitted to operate despite the country's new extended 21-day lockdown.

"Longer term, whilst power demand is growing, we will see coal declining as a proportion of the power generated. About 67% and 75% of the electricity in China and India is generated from coal, respectively. However, both counties have environmental commitments to reduce carbon emissions, and have targeted to reduce these shares to 58.5% and 50% by 2030," Bajaj said.