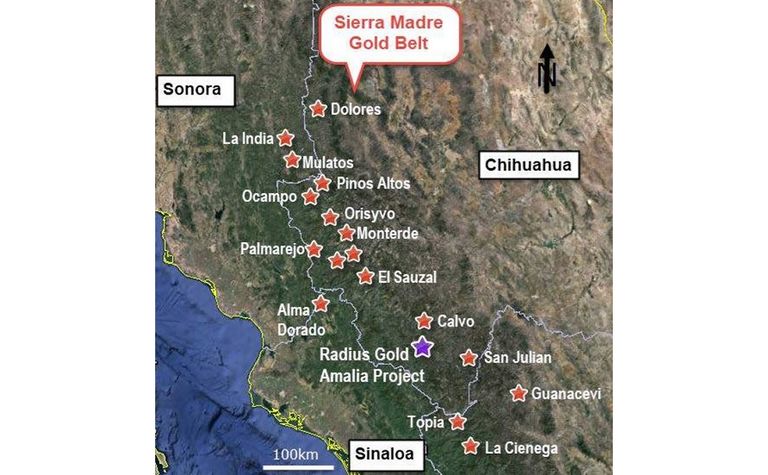 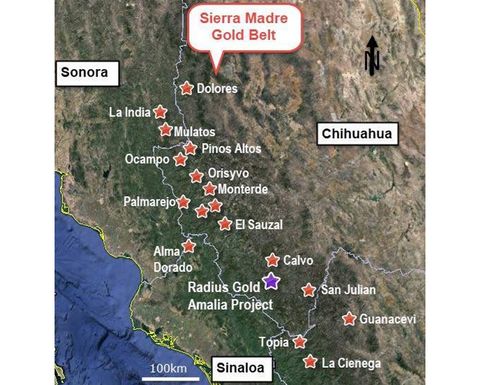 The nine-hole program was completed by project operator Radius and funded by Pan American Silver (TSX: PAAS) under a deal struck in July.

Pan American has the option to earn an initial 65% of Amalia by paying US$1.5 million and spending $2 million on exploration over four years.

Radius said the initial drilling was designed to test the targets 50-150m below ground surface and said considering the topography, the drill holes cut mineralisation in a range between 1988m above sea level and 1882m ASL, effectively testing it over a 100m vertical interval.

It is planning follow-up drilling early next year.

Radius CEO Simon Ridgway is also the founder and chairman of Fortuna Silver Mines, and founder and CEO of Medgold Resources and CROPS Inc.

Radius had C$7.69 million (US$5.8 million) in working capital at the end of September.

They had started the year around the same level and peaked at 18.5c in September after starting drilling at Amalia.