Canadian Orebodies up on Hemlo hit

Canadian Orebodies’ (TSXV: CORE) share price jumped yesterday as the explorer said it had hit “one of the highest grade gold intercepts in the Hemlo Greenstone Belt outside of the Hemlo Mines complex”. 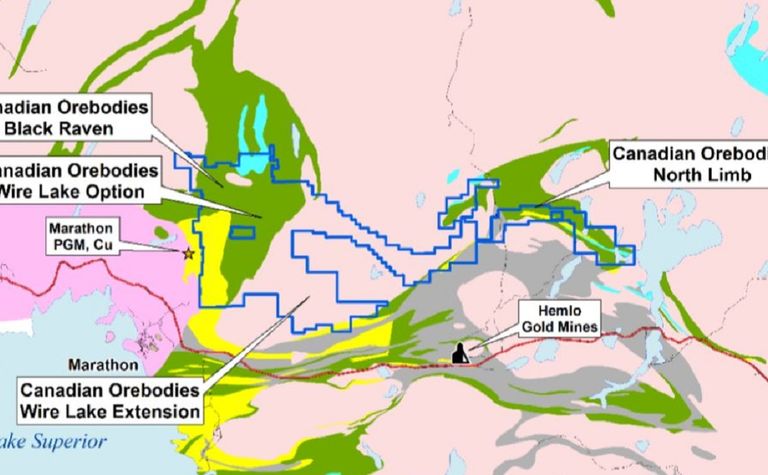 The company reported results from the first phase of drilling at its Wire Lake project in Ontario, with a highlight being 0.6m at 443g/t gold within 2m at 133.2g/t from 141.3m, in the Smoke Lake gold system.

President and CEO Gordon McKinnon said drilling likely confirmed the Super G vein was part of a much large mineralised system, Smoke Lake, in which each structure had potential to host high-grade gold mineralisation.

"Our intersection from hole BR-2018-002 has produced one of the highest grade gold intercepts in the Hemlo Greenstone Belt outside of the Hemlo Mines complex, which was discovered in 1981," he said.

"Looking into 2019, the combination of this season's results, with the historic drilling results, will greatly improve our exploration model to expand the high-grade gold zones known in the system and to discover new ones."

The company, which counts Osisko Mining among its major shareholders, reported having C$3.7 million in cash at July 31.

Its shares were trading at a similar level 12 months ago and peaked at 38.5c at the end of January then fell to 14c in August as the gold price slumped.

Junior to drill off ice pads at Smoke Lake