Brixton Metals (TSXV: BBB) is “delighted” with the result from its first drill hole this year at its Thorn project in British Columbia, reporting 554.7m at 1.97g/t gold-equivalent. 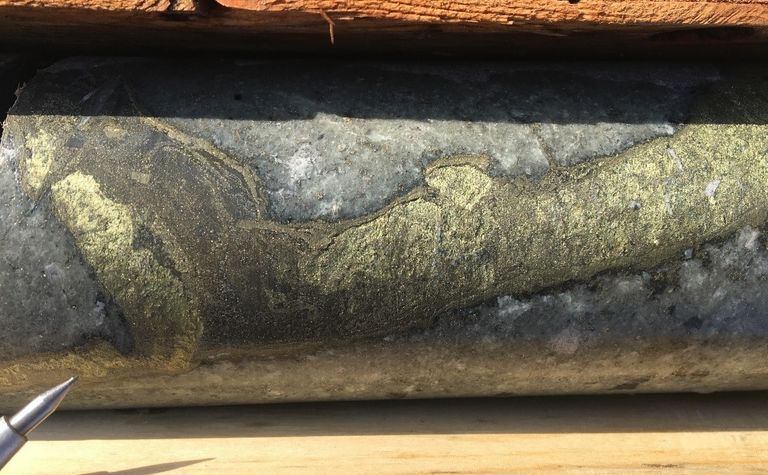 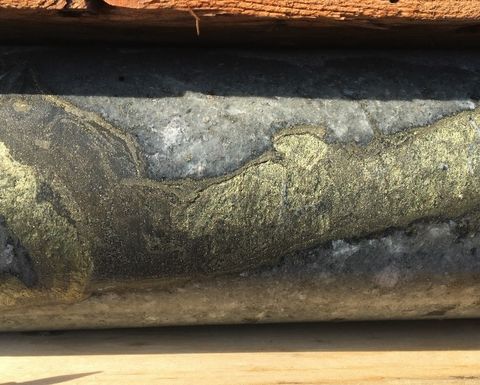 Core from 420m with 2m grading about 4% copper, from the latest drill hole at Brixton’s Thorn project in BC

Chairman and CEO Gary Thompson told Mining Journal last month of the company's plans to drill at Oban and the Atlin project, also in BC, having shifted its focus away from cobalt exploration in Ontario last year.

The company also mapped the Chivas zone and relogged hole 121 at the Glenfiddich zone, about 1km west of the latest drill hole, identifying an increase in A-type porphyry veins at the bottom 8m of the hole, suggesting porphyry proximity.

"The mineralised system at Thorn is huge; we need more drilling to prove up these zones," Thompson said yesterday.

"Just to put this in perspective, there are three multi-kilometre targets on the property; the Chivas porphyry, the Camp Creek porphyry and the Outlaw sediment-hosted gold target which are about 4km away from one another."

Brixton had C$2.7 million (US$2 million) in cash at the end of March and lists Eric Sprott, Rob McEwen, Hecla Mining and Pan American Silver among its shareholders.