Plateau Energy Metals has announced a preliminary economic assessment for its Falchani lithium project on the Macusani Plateau in Puno, Peru. 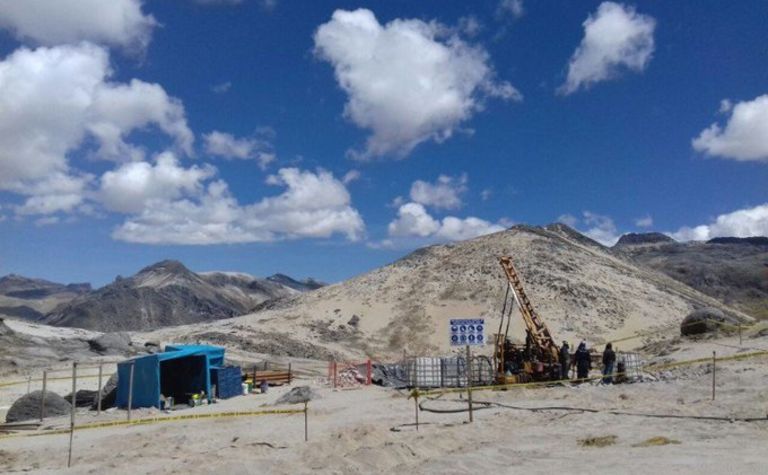 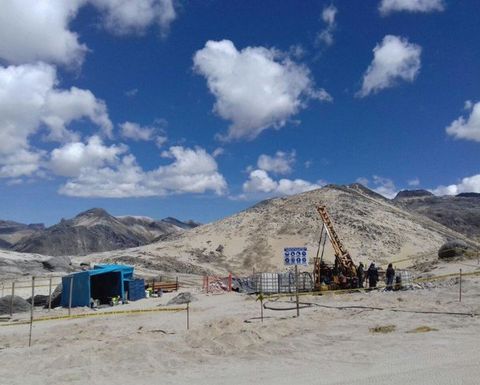 The PEA outlined base case production of an average of 63,000 tonnes per year over 33 years of battery-grade lithium carbonate (Li2CO3) through a phased ramp-up from 23,000 tonnes a year to 44,000tpy and onto 85,000tpy. It believes this will deliver second-quartile operating costs of US$3,958/t Li2CO3 from a conventional openpit truck and shovel operation, and a lithium chemical plant.

Base case production would focus on the Falchani concession for the first 10 years before dropping to 62% for the following five years as material would be increasingly drawn from the contiguous Ocacasa 4 concession.

The project yields an after-tax net present value of $1.55 billion at an 8% discount rate and a $12,000/t Li2CO3 lithium price, and an after-tax internal rate of return of 19.7%, following an initial capital expenditure of $587 million including contingency.

"What we have at Falchani is a project that has the potential to respond as the market grows, with a low impurity battery grade lithium chemical product, a long mine life set to last through cyclical price environments, and importantly, the potential to be one of the greener lithium projects in the future," said CEO Alex Holmes.

Importantly for the company, it plans to make a lithium chemical product, maximising the added value it can potentially receive. Plateau plans to leach its lithium into a sulphate solution and late, via an expansion to its plant, a range of different battery grade lithium chemicals.

"Our metallurgical and process testing showed that no matter how we attack the rock, the lithium comes into solution," Holmes told Mining Journal.

Plateau plans to spend much of 2020 on project optimisation work ahead of bench- and pilot-scale testing to get greater precision on processing performance.

"We are going to work on optimisation through looking at different residence times and crush sizes to see if we can get shorter leach times. This will be a six-month, $500,000 programme and then we would look to transition to testing," Holmes said.

Holmes said the company was designing the project to have environmental benefits in line with institutional investors which increasingly sought low-CO2 investments and ESG compliance. To this end, it planned to use filtered tailings to recycle up to 90% of process water and dry stacking tailings. In addition, a sulphuric acid plant on site would produce clean energy through an exothermic process to power the entire process plant in addition to having access to nearby hydro power.

"The buzzwords in the downstream lithium space are low impurity, scalability and greener sources as car manufacturers have to lower their CO2 footprints. We are incorporating things into the project plan to supply these benefits which people are demanding," Holmes said.

Holmes acknowledged lithium supply "got ahead of itself" in recent years which resulted in prices declining significantly in 2019 and that cost overruns such as Nemaska Lithium did not make advancing a project simple. However, the demand fundamentals around the corner remained strong.

"2021 will be the wake-up call as the demand growth curve is set to go exponential. Many lithium equities are up 30% this year, but we need to go the extra mile and that is why we are focussing on optimisation. We want to get our processing side down to eliminate questions about our process," he said.

When the time comes to build an operation, Plateau will be able to count on the rich mine and process plant building experience in Peru, in addition to government support. "When the company first made the discovery in 2018 there was disbelief, but we focused on education through information sessions at the universities and with the ministry and now there is excitement about the possible future of lithium in Peru. It is classified in the mining code as an industrial mineral and so the regulatory regime is there," said Holmes.

However, Peru is not without its headaches as the company faces a dispute over 32 of its 251 concessions, including one of its two lithium concessions. This saw it present an alternative development scenario for the lithium project exclusively on the Falchani concession in the event it is unable to resolve the dispute affecting the continguous Ocacasa 4 concession.

Under this scenario, the mine life would reduce from 33 to 26 years and production would only be expanded to 44,000tpy rather than 85,000tpy under the base case.

The dispute relates to a nationwide 2017 audit to check whether miners and explorers had maintained the investment commitments in their concessions. The audit said Plateau had underspent and after successfully contesting the figure to get it reduced, the company set about paying what was due.

However, after making payments and getting receipts and proofs to different government administrative organs the company ended in an administrative proceedure in mid-2019.

"There is an administrative track with the Ministry of Mines and Energy but we also had to go down a judicial path, which began in October 2019. We provided all the notarised bank statements and receipts and the judge granted an injunction restoring the validity, rights and ownership of 17 of the 32 mining concessions to the company for the duration of the legal process. The company anticipates a similar measure for the remaining 15 concessions will be reviewed and granted in due course," Holmes said.

Shares in Plateau Energy Metals are trading at C24c, valuing the company at $20 million.

Plateau is on the rise