Rosebel continues to deliver for IAMGOLD

IAMGOLD Corporation president and CEO Steve Letwin is confident of extending the life of the Rosebel gold operation in Suriname to 2040 after this week’s major resource update for the mine and nearby Saramacca project took it out to at least 2033. He told the Denver Gold Forum the operation could generate US$2 billion of free cash flow for IAMGOLD over the next 15 years at current gold prices. 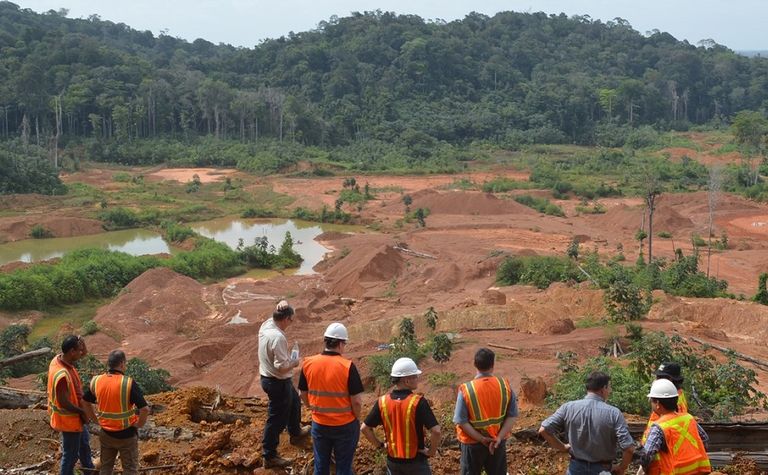 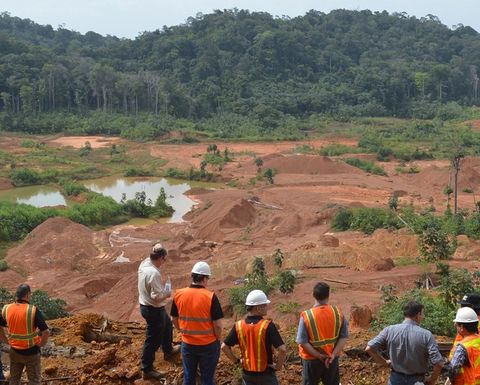 Saramacca alone could produce $800 million of free cash flow over its 10-year projected life, at a $1,200/oz gold price. With this week's 72% boost in Saramacca's measured and indicated resources to 1.2 million ounces, and demonstration of the project's robust economics, IAMGOLD is aiming to start mining in the second half of 2019, subject to final environmental approvals.

"This company will double its cash flow at $1,200/oz gold over the next three years," Letwin said.

He described Rosebel as an outstanding asset for the company. It was originally due to slide into shutdown mode next year, but exploration success has also significantly extended near-mine resources.

With the original mine and plant paid for by 2014, Letwin said IAMGOLD was now in a position to gain maximum leverage from the established infrastructure with relatively modest ongoing capital investments.

Consolidated reserves for Rosebel and Saramacca, about 25km from the Rosebel mill, are now 4.7Moz. Letwin said development of Saramacca would also position IAMGOLD to unlock more of the exploration potential of the Saramacca-Brokolonko trend.

Letwin said: "Saramacca has delivered. Within only a year of confirming the resource, Rosebel has rapidly advanced Saramacca to reserve status and incorporated the additional ounces into the overall life-of-mine plan.

"The significance of this accomplishment stands out at a time when reserve replacement is no longer easy in our industry.

"In gaining another five years, Rosebel is only half way through its life expectancy of nearly three decades."

IAMGOLD is also expanding output at 90%-owned Essakane in Burkina Faso, and has the 100%-owned Westwood mine in Canada, and 41%-owned Sadiola in Mali.

Letwin told the Denver conference IAMGOLD had "no interest in M&A" unless it had comparable return thresholds to those offered by the company's significant organic growth options.