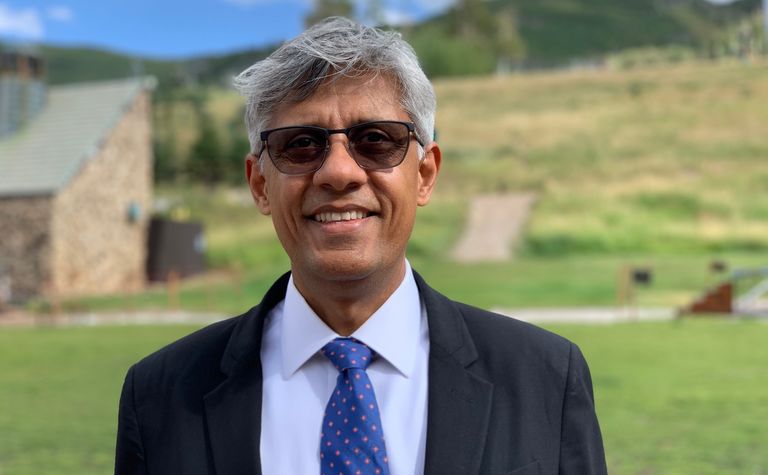 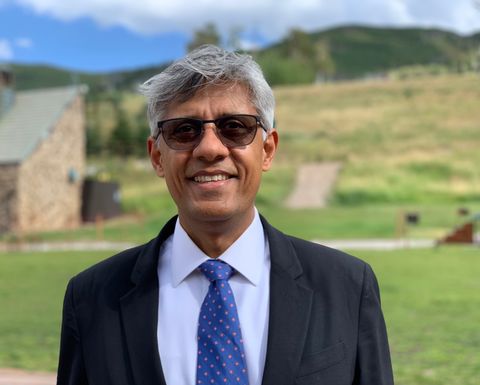 "I think the gold price will continue to improve, at least in terms of increased investment demand, because there is chaos across the globe," he told Mining Journal during the Precious Metals Summit in Beaver Creek, Colorado.

Until recently he thought of Hong Kong as one of the safest and best jurisdictions on the planet, but today, it had descended into "complete chaos". So too had the trade war between the USA and China escalated (and unnecessarily) to previously unexpected levels.

He believes the makings of a global economic recession are evident. "Where there is political uncertainty, economies tend to suffer."

Bhandari expects China will continue to face a trade-related economic slow-down. The situation is further complicated by a culture of honour that permeates Asia and it is therefore unlikely that president Xi Jinping will back down on issues such as the trade war or on Chinese interference in Hong Kong, "because saving face is more important than pragmatism".

The US economy is also slowing, and its sky-high levels of debt remain of particular concern. The Federal Reserve might not have much wiggle room to deal with another deep recession this time round.

Elsewhere, India and Pakistan seemed on the brink of war over the the disputed Kashmir region, the Middle East chaos looked poised to escalate before it would get better, and the Brexit saga continues with allindications pointing to a no-deal departure from the EU, he said.

"These issues create opportunity," according to Bhandari.

"The current rise in the gold price is, in my view, the product of geopolitical turmoil across the globe. Times have changed and safe-haven demand has clearly improved," he said.

Bhandari said the recent run up in the gold price had to date not yet percolated down to the junior and exploration companies much, which presented an investment opportunity if one picked the right stocks.

"That is where the money is to be made at this time. I'm not a fan of investing in big mining companies, because they are often venues for people to hedge against some other evil.

"For people with billions of dollars, maybe that will make sense, but for the average retail investor looking for value upside, the only place to find it is in the junior and exploration space."

Bhandari said companies had a habit of lowering the grade of their resources and reserves when the gold price ran higher for the sake of optics, but this time round, he cautioned companies to be more careful before taking advantage of the higher gold price to artificially inflate their resource and reserve bases.

"This is no longer the last decade where people valued companies based on ounces produced, which was an incentive for companies to produce as much as they could at whatever cost. Those times have gone.

"Today investors want a real profit and that is where miners will be under immense pressure to make sure they continue to turn a profit."

He thinks the fact Mark Bristow is at the helm of one of the world's largest gold producers have brought a new paradigm to the mining industry. "He is a profit-conscious person and I think he will continue to show leadership in the gold mining space, which will help the industry as a whole to be more responsible and accountable to investors."

One area of the resource space he suggests investors best avoid is uranium. Bhandari is known for his strong dissentient views on the current uranium market and receives regular hate mail for it.

"People remain excited about the uranium space because they are religious followers. I have nothing against uranium, if one does an objective evaluation of uranium and uranium mining companies, and comes to a positive conclusion," he said.

However, anything said against the yellow metal was seen as "sacrilegious" by the ‘religious' folks. "I am reasonably sure, on a probability adjusted basis, that uranium mining companies only have a downside in the future. It means people invested in uranium will only lose money going forward."

The reason or this, according to the analyst, was that uranium miners were valued as if uranium was priced 100% higher than what it is today.

"If uranium will not go up, which I don't think it would, it means these companies have everything to lose until their market values reflect the real uranium price."

Of the broader junior and exploration sector, Bhandari bemoaned other religious investors for continuing to give money to companies that clearly could not create value.

"The junior sector will always lose money because there are always investors who give money to them for religious reasons other than value creation.

"What I have seen in the past nine months, despite the run up in the gold price, is the sector has not performed well because investors have used the same broad brush to put a similar value on all these companies. They should have instead differentiated between the good and the bad.

"But because many of the good companies have not increased in value, there is a very good sweet spot for us to crystallise value in the coming months," Bhandari said.

One of Bhandari's two top gold picks is Osisko Mining spin-out, O3 Mining (TSXV:OIII), which is trading at about C$2.39. He thinks the company took advantage of a company (Alexandria Gold) that was being sold off for the wrong reasons. Despite the higher gold price, O3's stock has trended lower. "That is exactly the kind of opportunity I look for."

The same has happened with Anaconda Mining (TSX:ANX), which is trading at about 24c. "I think the company is on the right track, despite having had a bad Q2. It is developing the Goldboro project in Maritime Canada, but the Point Rousse mine put in a poor performance in the June-quarter.

"Once the company has addressed the problem and it is understood by the market that the problem had been dealt with, that share price should start performing and see a rerating," he said.

Buyer beware: See a miner trying to be a commodity speculator, run

Commodity price optimism and the curious case of uranium