Taranis Resources (CN:TRO) shares hit a one-year high on plans to seek permitting to process high-grade historic stockpiles at its Thor gold and base metals project in British Columbia. 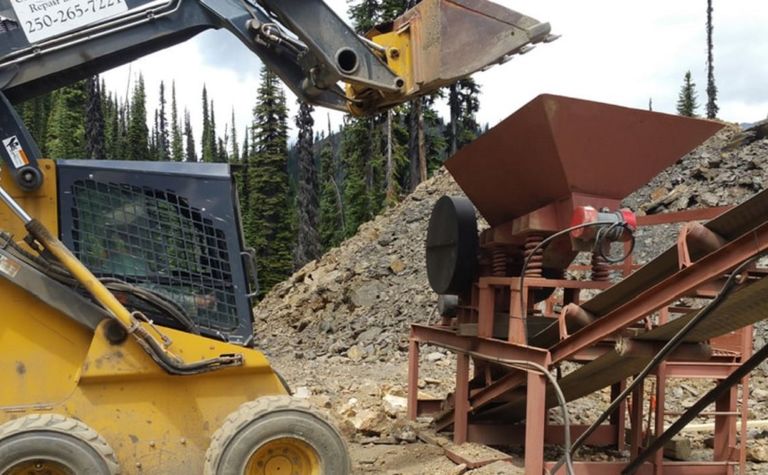 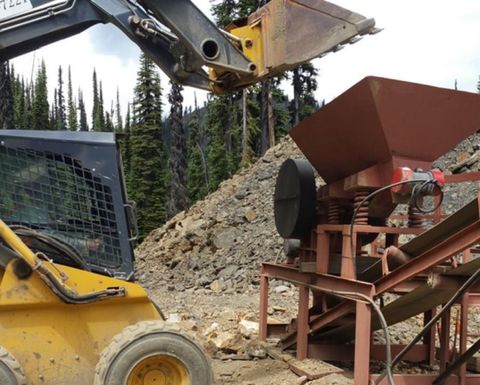 Loading ore into the crusher at the Thor pilot plant

Having successfully run a gold pilot plant operation at Thor this year, Taranis has appointed Norwest Corporation to work on permitting for a density media separation plant, to process the stockpiles that date from the early 1900s and 1970s.

The company said there were "very unique aspects" to this second stage of its mining operation, including removing acid rock drainage (ARD) producing stockpiles up to 100 years old and disposing the waste with minimal ARD-producing characteristics in a pre-existing tunnel.

The company believes it may be able to gain a variance to the usual bulk sampling limit of 10,000 tonnes due to the environmental clean-up benefits that could be realised.

It described the first stage of mining using the pilot plant as "an enormous success," saying it allowed the company to gain a better understanding of the high-grade zones at Thor and led to the discovery of an extension of the deposit to the north-west and the SIF-Extension.

"Taranis has adopted a staged approach to mining Thor that runs in tandem with continued exploration and expansion of the main in-situ deposit," president and CEO John Gardiner said.

The planned third stage is to mine the in-situ deposit.

The company had a working capital deficiency of C$543,762 (US$424,600) at the end of September and management was exploring financing options to enable the company to "sustain its historic level of exploration activity".

Khemisset expansion on the cards