Small-scale mine developer Wallbridge Mining (TSX: WM) has completed dewatering of the brownfields Fenelon gold project levels 5228 and 5213 and found the levels to be in “excellent shape”, it has reported. 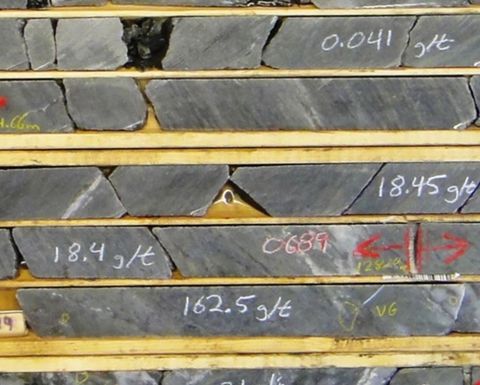 This, according to CEO Marz Kord, has allowed the Toronto-headquartered company to complete rehabilitation work without delay and start ramp development and underground diamond drilling as part of a 35,000-tonne bulk sample and an underground exploration programme of the Quebec-based asset.

The ramp is on track to reach the next, 5195 level, where ore production is scheduled to start from the first long-hole stopes in the third quarter.

To this end, the company is busy undertaking an 8,000m underground drilling campaign as part of the stope definition and resource expansion programme close to the mine workings, down to 150m depth. The drilling is designed to fill-in and extend the high-grade mineralisation intersected last year, such as 260.4 grams per tonne (gpt) gold over 7.02m, 141.2gpt gold over 7.06m, and 311.1gpt gold over 3.06m.

Later in the year, Wallbridge will turn its attention to testing the down-plunge of known high-grade shoots, once the lower levels are developed.

Further, a 10,000m surface drilling programme is also scheduled for later in the second half of the year, and will aim to follow known mineralised zones and expand resources at depth and further away from the old mine workings.

Wallbridge's Fenelon asset in north-western Quebec, is in the same area that hosts the Sunday Lake Deformation Zone (SLDZ), which hosts the Detour gold mine, in Ontario, and Balmoral Resources' gold deposits at Martiniere. Fenelon hosts the Discovery Zone deposit and surrounding 4km strike length of a gold-hosting secondary splay of the SLDZ.

Wallbridge expects to be better positioned to make a production decision on Fenelon by the first quarter of 2019, following the bulk sample and additional exploration programmes.

At a 5gpt cut-off grade, Fenelon currently hosts total measured and indicated resources of 91,100t grading on average 12.97gpt, for 38,000oz of gold.

Further drilling to come before economics