Centerra Gold has deleted about 2.3 million ounces of gold from its reserve base, blaming higher water sourcing costs and a reworked resource model and mine plan for the Mount Milligan copper-gold mine in British Columbia for the impact on its economic production plan. 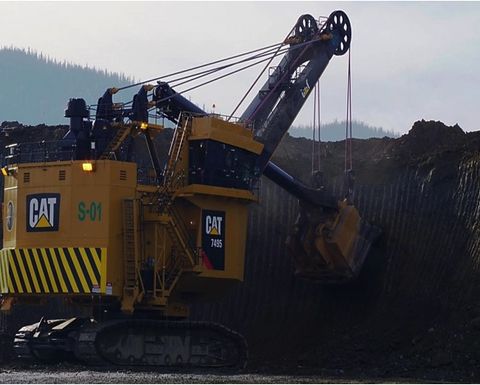 Centerra Gold has wiped about half of Mount Milligan's reserve base

As at December 31 the Toronto-headquartered company reported global proven and probable reserves of 11.1Moz held in 441.9 million tonnes grading 0.78 grams per tonne gold.

Mount Milligan drove the bulk of the resource reclassification and now hosts about 2.4Moz in 191Mt at 0.39g/t, compared with 4.7Moz just 12 months earlier. Proven and probable reserves fell 2.3Moz, including 279,000oz of depletion in 2019.

Mount Milligan's resource model has been updated and metallurgical recoveries re-estimated, resulting in a revised ultimate openpit design and the reserve cut.

The company's cornerstone Kumtor mine, in the Kyrgyz Republic, has 3.2Moz gold in reserves held in 43.3Mt at 2.31g/t. It is a slight overall reduction given the 708,000oz of depletion last year, but a 13,000oz positive reconciliation at the Central Pit stockpiles was offset by a 110,000oz negative production reconciliation.

Management said it was considering the technical and economic impacts of 2018 and 2019 infill drilling and associated resource increase, and the Lysii waste dump failure in December 2019, to determine the net impact to the reserve estimate for the operation.

Centerra reported a headline profit of US$22.3 million, or 8c per share, for the December quarter, down from $90.8 million, or 31c in the same period a year ago. Cash flow from operations was $92.5 million, 39% lower year on year.

The company attributed the lower adjusted earnings to lower gold grades at Kumtor and Mount Milligan and costs stemming from the significant Lysii waste movement at Kumtor. This was partially offset by higher average gold prices, along with higher copper grades processed at Mount Milligan.

Centerra's board has declared a dividend of C4c per share, totalling $11.8 million (about US$8.2 million). The dividend will be paid on April 22 to shareholders of record on April 8. However, management said the policy would be revisited when assessing future payments, including the impact of the Covid-19 pandemic on the company.

To date, Centerra said, the company had not had any mining disruptions due to the COVID-19 pandemic. However, Öksüt would go on care and maintenance on March 31 for an initial two weeks as a result of Turkish government initiatives aimed at reducing the spread of the virus.

"Kumtor and Mount Milligan remain in operation for the time being, but we will not hesitate to reduce or shut down operations at those sites if we believe it is required to responsibly protect people," said CEO Scott Perry.

Shares gain on buyback plan and extended life at Mt.Milligan

Centerra to scale back Mount Milligan