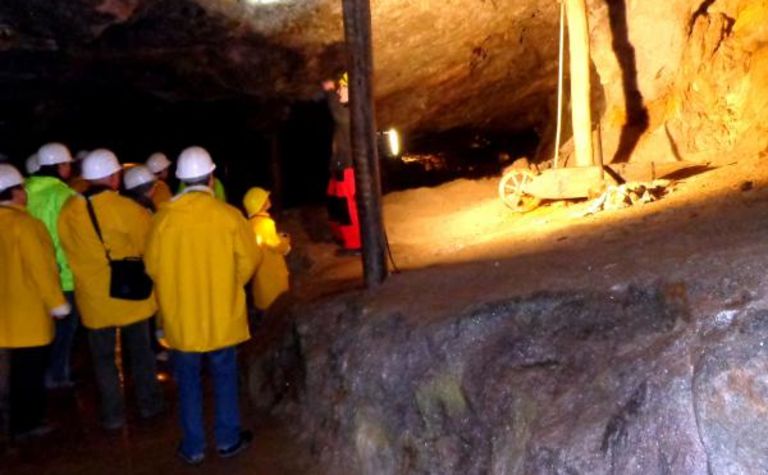 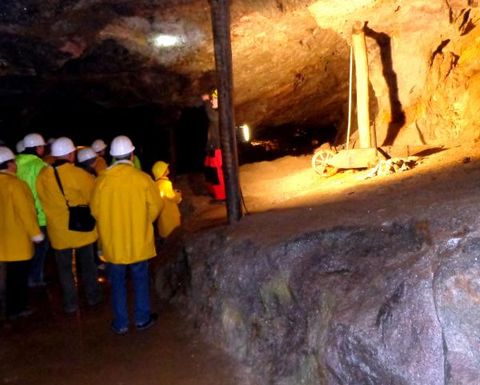 Cinovec has a long history of mining

The A$14.4 million placement was to just two institutional clients of Euroz Hartleys, with Sydney-based Ellerston Capital putting in $13 million.
The issue of CHESS depository interests was at $1.40 each, a 2% premium to the 15-day average.
The raising came with EMH's latest update to its original 2017 PFS that boosted upfront capital costs but has delivered a larger and more profitable project, with a smaller environmental impact.
The revision estimates an increase to production by 16%, with higher battery grade lithium hydroxide monohydrate production at almost 29,400 tonnes per annum.
The study's main focus was an examination of a paste backfill plant in the mining method, which together with a change to from open stoping to longhole stoping mining.
Using the 600,000tpa paste plant and infrastructure adds $46 million, with the capital cost now estimated at $644 million, up from $484 million, but in addition to increasing production will see reuse of about half of the tailings, reducing Cinovec's environmental impacts.
Other cost rises include $141.5 million for the scaled-up processing plant.
Ore extraction would rise from 34.5Mt to 54.5Mt, and processing would increase 33% to 1.69Mtpa over a project life extended by four years to 25 years.
It adds up to an increased post tax net present value for Cinovec by 75% from US$1.1 billion to $1.94 billion.
The internal rate of return is 36%.
The PFS included changes to lithium and by-product prices to reflect current and expected market conditions, but used a very conservative lithium hydroxide price of $17,000/t.
At that level, payback is expected to be 2.5 years.
Running the numbers using a $22,100/t price, increases NPV to $3 billion. The current price is close to $40,000/t.
By-products include tin, tungsten, and potash.
The PFS is based on just 13% of measured and indicated resources. Total resources are 7.39Mt lithium carbonate equivalent.
Mining has been recorded at Cinovec in Germany since the 1300s but ended in 1993.
EMH has had an interest in the project since 2014, and completed a scoping study in 2015, a PFS in 2017 and an updated PFS in 2019.
Shares in EMH last traded at 70p.