Newmont Mining (NYSE:NEM) says it has achieved commercial gold production from the Twin Creeks underground mine in Nevada after completing a US$42 million expansion project on schedule. 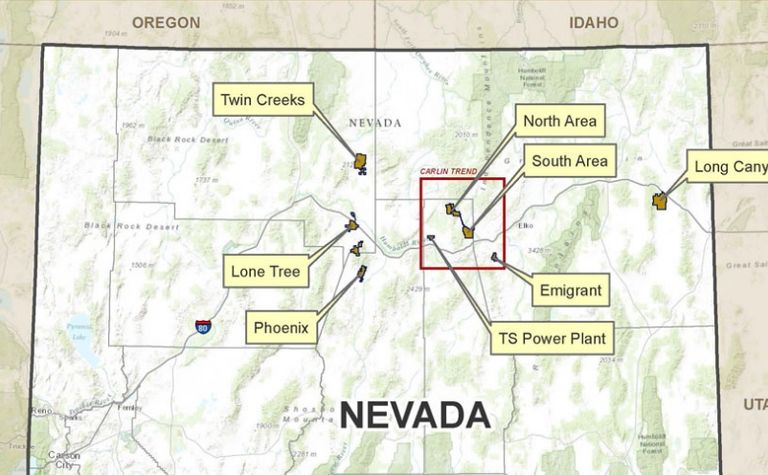 The final cost was below the budget guidance of $45-55 million.

Newmont said Twin Creeks underground ore was higher-grade and would extend the operation's processing life to 2030 by allowing it to process stockpiled material previously classified as waste.

Ore from the underground mine would also be blended with feed from Turquoise Ridge, where Newmont and Barrick Gold approved a mine optimisation project earlier in the year to sink a shaft to access the richest part of the deposit, increase ore production, lower costs and increase ventilation capacity when it comes on line in 2022.

CEO Gary Goldberg said the Twin Creeks expansion would extend profitable production and improve recovery at the operation, while it created a new platform to explore the deposit, which remained open along strike and at depth.

"This project marks the sixth that Newmont has completed on or ahead of schedule and at or below budget over the last five years, and generates an internal rate of return of about 20%," he said.