Precipitate Gold Corp (TSXV: PRG) is set to gain expertise from a former leader at Barrick Gold’s Pueblo Viejo mine as the junior acquires neighbouring holdings in the Dominican Republic. 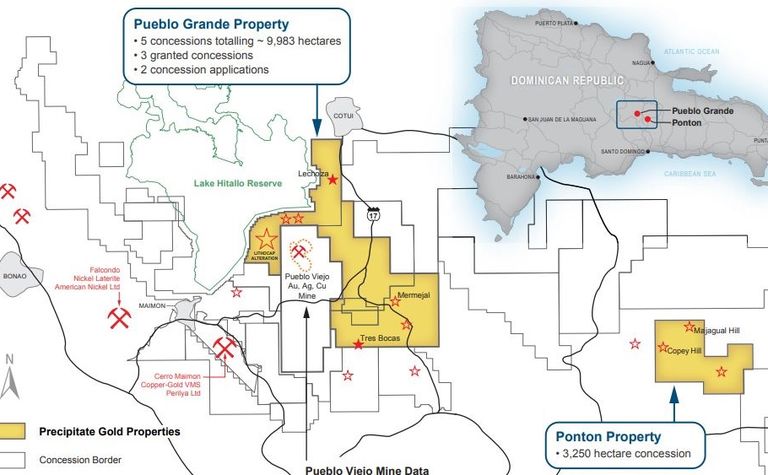 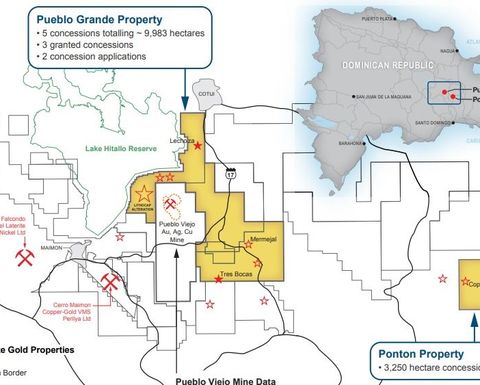 Precipitate last month agreed to acquire three concessions and applied for two more, with four set to comprise the newly-consolidated Pueblo Grande property, spanning about 9,863 contiguous hectares adjacent to the major gold mine.

Yesterday, Precipitate said it had appointed as an advisor and consultant Mejico Angeles-Lithgow, who worked at Pueblo Viejo for 11 years and was president and executive director until March.

"Mr Angeles-Lithgow will provide critical local and in-country expertise to augment the geological and business acumen of the company's management team and board of directors," exploration vice president Michael Moore said.

"[His] track record for establishing mutually beneficial relationships between the mining sector and local communities, business leaders and government officials at all levels, will provide invaluable insight to Precipitate as it commences activities at its Pueblo Grande project."

He said Precipitate would reinterpret data and assess opportunities, using its in-country experience and technical expertise including its highly-regarded board members Quinton Hennigh, Alistair Waddell and Adrian Fleming.

Precipitate shares, which have ranged between C3.5c-11.5c over the past year, gained half-a-cent yesterday to C8.5c to value it over $6 million.