Newcrest Mining has signed a binding option and farm-in agreement with Cornerstone Capital Resources for the Caña Brava and Tioloma epithermal gold-silver and porphyry gold-copper properties in south central Ecuador. 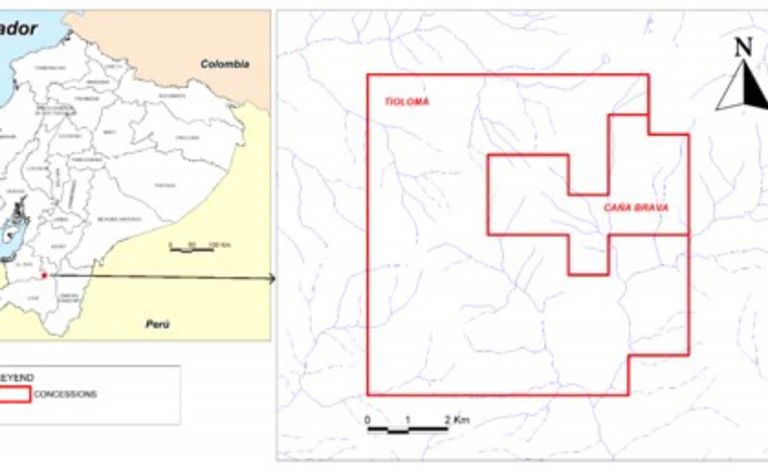 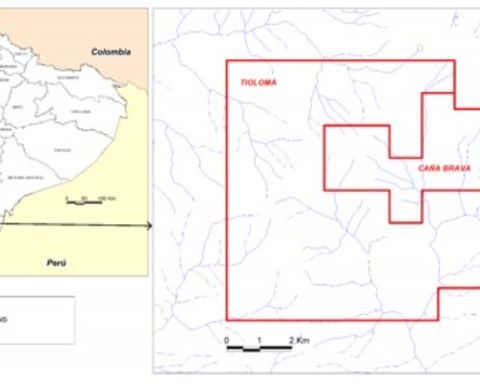 The Caña Brava properties in Ecuador

"Newcrest is one of the largest gold mining companies in the world, operating mines in Australia, Papua New Guinea, and Indonesia, and we are pleased to have entered into this agreement with them," said Cornerstone's president and CEO Brooke Macdonald.

Cornerstone has almost completed an environmental impact assessment on Caña Brava that would provide for drilling during the initial and advanced stages of exploration and beyond. It expects to submit the document to the environment ministry within two months.

Prospecting at Caña Brava identified two porphyry copper-gold targets, an intermediate sulphidation, higher grade, epithermal gold-silver-copper veins-breccia system and a high sulphidation epithermal gold-silver system. The company has completed a trenching programme and other sampling work to prepare an initial drilling programme. Tioloma was acquired in March 2017 for strategic purposes as it wraps around three sides of Caña Brava.

Newcrest is also partnering with Cornerstone on the Miocene project in Chile. Project generator Cornerstone received a boost in March when the Ministry of Environment issued regulations for scout drilling using up to 30 drill platforms. The new deal adds to its 15% stake in the Cascabel project that SolGold is advancing.

Shares in Cornerstone (TSXV:CGP) are trading at C34c valuing the company at $216 million. Its share price has increased almost 12% so far this year.