Endeavour Silver has reported silver production fell 34% in the third quarter to September 30 to 948,547oz while gold output fell 25% to 9,716oz gold for 1.7Moz silver- equivalent from its four mines in Mexico due to the planned reduction of mine output at El Cubo and lower throughput and grades at Bolanitos, partly offset by higher production at Guanacevi and new production at El Compas. 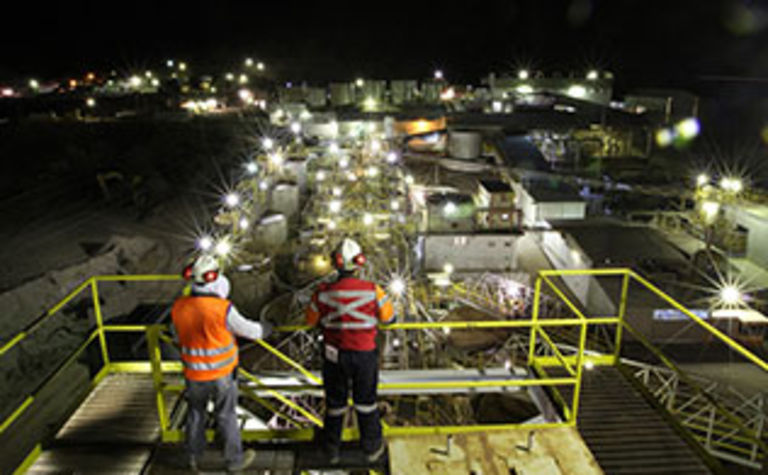 Endeavour operates the Guanacevi mine in Durango, Bolanitos and El Cubo in Guanajuato and El Compas in Zacatecas.

"Our production in the third quarter was down year-on-year but we are seeing positive traction from all the operational changes made in the past two quarters. We expect lower operating costs in the third quarter and further improvements of Guanacevi and Bolanitos tonnes and grades in the fourth quarter which should have a positive impact on costs and production," said CEO Bradford Cooke.

Endeavour continues to advance its Terronera and Parral projects with engineering trade off studies underway. The mining and processing of bulk samples from each project are planned for the final quarter of 2019 to complete a pre-feasibility study for Terronera and a preliminary economic assessment for Parral.

A company-wide review of the four mines in the first quarter identified several deficiencies in the operating performance at each mine site. Management has initiated multiple measures including changes of mine site management and contractors, changes to shift and contractor supervision, renting used mining equipment and leasing new mining equipment, revising the mine plans for all four mines, particularly Guanacevi and reducing the workforce.

Third quarter 2019 production was slightly lower than in the second quarter because the operational changes took longer to implement than planned, dilution remains high due to narrower than planned veins and a heavy rain season negatively impacted ore tonnes processed by the plants. However, management expects third quarter operating costs should be lower due to the cost reductions while increasing tonnage and grade at Bolanitos and Guanacevi due to the operational changes should improve production results in the fourth quarter.

At Guanacevi, Endeavour acquired the right to explore, develop and mine two properties adjacent to the active Porvenir Norte and closed Porvenir Cuatro mines.  It commenced mining in August on the El Porvenir property which was previously drilled and covers an upper extension of the Porvernir Norte orebody. Endeavour also began drilling in September on the previously unexplored El Curso property that covers the west extension of the Porvenir Cuatro orebody.

At Bolanitos, a surface drill is testing the 400m gap between the historical producing Bolanitos vein and the recently discovered San Miguel vein, interpreted to be a northern splay of the Bolanitos vein.

Shares in Endeavour Silver are trading at C$3.28, valuing the company at $454 million.