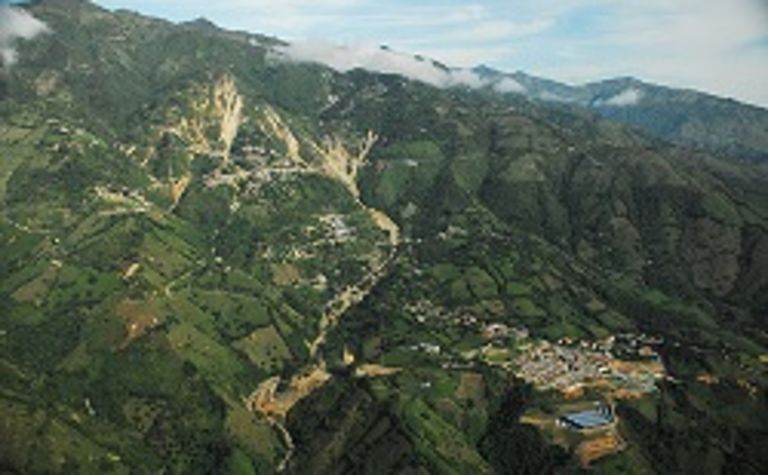 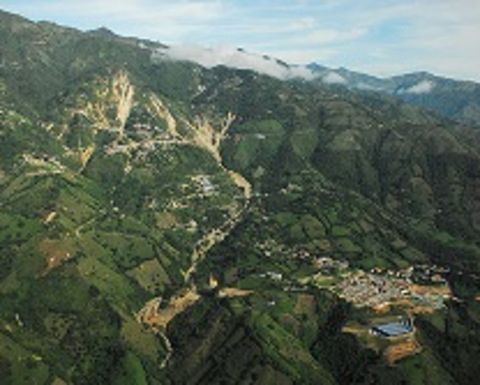 The Zona Baja has a measured resource of 2.1 million tonnes grading 4.9 grams per tonnes for 300,000oz contained gold from the vein material within the levels currently being mined by the company. Indicated resources total 15.2Mt grading 3.5g/t for 1.7Moz contained delineated primarily between Levels 16 and 21 in the existing mine and 500,000oz in the new Deep Zone. Inferred resources are 44.9Mt grading 2.3g/t for 3.3Moz contained primarily in the Deep Zone.

Mining at the Marmato Zona Baja will ultimately comprise two distinct operations: the existing operation and a new Deep Zone operation directly below it. The Deep Zone life of mine production schedule foresees a total of 26.4Mt of mineralised material being processed over a 19-year mine life to produce 2.2Moz at an average cash cost of US$799/oz and all-in sustaining cost of $882/oz following an initial capital cost of $269 million.

The current mine zone is envisioned to produce 5.5Mt primarily from the vein system, over a 16-year life with an average head grade of 3.8g/t resulting in total gold production of 600,000oz. This will be accomplished through the immediate implementation of an optimised mine plan, including the strict control of dilution and mine recovery, that will see annual production increase from the current 25,000oz/y to between 35,000 and 40,000oz/y starting in 2020 following a $12 million investment over the next two years in mine development and equipment.

"We are very pleased to have reached the point at which we can see a path forward to significantly expand production from our Marmato project and, through the recently announced spin out, create value for our shareholders while protecting our capital structure and balance sheet. The PEA charts a course whereby the immediate implementation of an optimised mine plan in the upper existing mine at Marmato, much like we did a few years ago at Segovia, will increase production and free cash flow starting in 2020. Concurrently, we will commence the development and construction activities in the new Deep Zone, which should come on stream in 2023, further increasing total gold production which reaches more than 150,000oz annually from 2024 through 2027," said executive chairman Serafino Iacono.

Gran Colombia intends to continue drilling to upgrade inferred to indicated resources for a prefeasibility study expected to be completed by mid-2020. The Deep Zone is located about 600 to 1,200m below surface and can be mined using an underground longhole stoping method.

Earlier this month, Gran Colombia entered into a letter of intent with Bluenose Gold regarding a proposed acquisition of Marmato.

Shares in Gran Colombia are trading at C$4.94, valuing the company at $246 million.