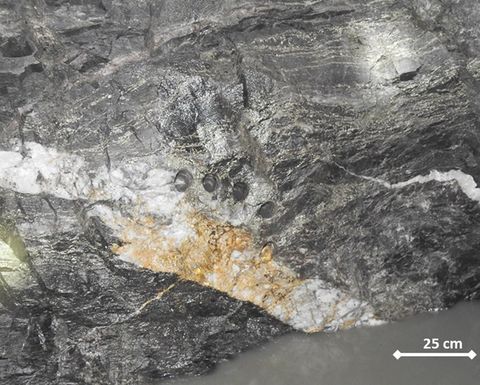 RNC has recovered about 3,200oz of coarse gold about 30m north of the Father’s Day vein discovery oat the Beta Hunt mine in Western Australia

The company made the discovery while preparing for stope production on the 15 level's A Zone. Production is expected to start there late this year or early in the New Year.

"This is yet another example of Beta Hunt delivering rich pods of high-grade coarse gold," said CEO Paul Andre Huet.

"These high-grade gold occurrences provide additional cash generation beyond what is forecasted by our steady state mine model, which excludes these high-grade zones."

"We hit them in certain areas of the mine," RNC managing director Australian operations Graeme Sloan told the ResourceStocks Sydney conference earlier this month.

RNC is processing Beta Hunt ore as quickly as possible to take advantage of the continued high gold price in local currency. The addition of the Higginsville mill in June this year gives RNC the ability to generate better returns on high-grade gold than toll milling.

Despite an 11% bump on Thursday to its Toronto-listed shares to C36.5c, RNC equity continues to trade 60% lower than a year ago.

The share price has tracked between 33c-88c in the past year, giving it a current market value of $223 million.

Karora bucks the trend on gold costs in Australia