Ascot Resources is looking at peak annual production of 180,000oz gold-equivalent from what it calls a low capital restart of operations centred on its Premier and Red Mountain gold projects in the Golden Triangle of British Columbia, Canada, and 2,500 tonnes per day Premier mill. 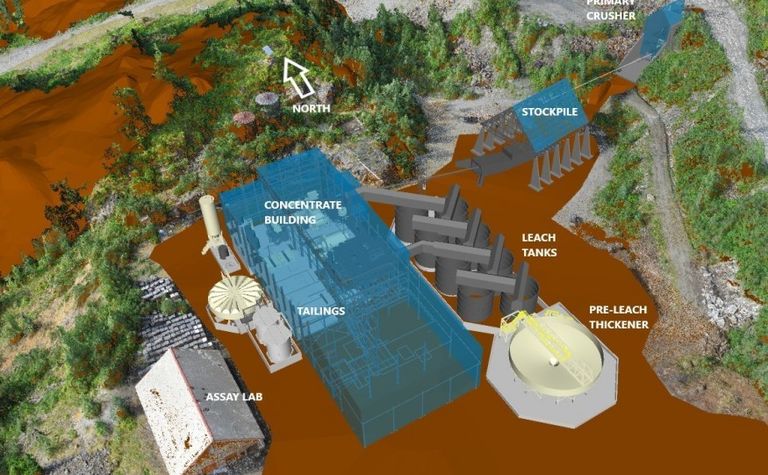 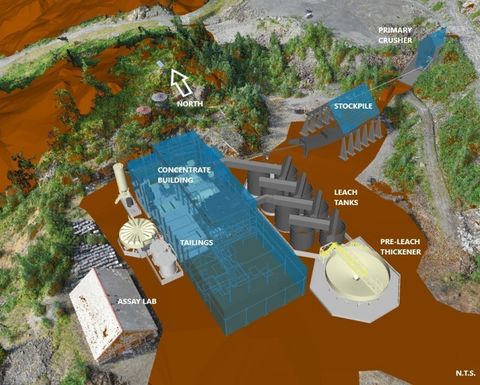 The base case in its just-released feasibility study yields an after-tax net present value of US$341 million at a 5% discount rate and an internal rate of return of 51%, with a 1.8-year payback period following initial capital expenditure of $147 million, using a $1,400/oz gold price, $17/oz silver price and CAD:US exchange rate of 0.76. Life of mine all in sustaining costs are estimated at $769/oz.

"The study focused on maximising the project economics, which involved optimising mining methods and development to reduce operating cost per ounce. The result of this optimisation was a conversion of 64% of indicated resources to reserves at Premier. Management believes that future underground drilling will help to improve conversion of some of the remaining inferred resources and improve annual production rates," said president and CEO Derek White.

The FS details four underground mining operations at Silver Coin, Big Missouri, Premier and Red Mountain feeding a centralised 2,500tpd processing facility. Mining will commence from the Silver Coin and Big Missouri deposits, which will be followed by the Red Mountain deposit in year three and then the Premier deposit.

Total production of about 1.1 million ounces of gold and 3Moz of silver over eight years is forecast, with peak annual output of 180,000oz gold-equivalent.

In the four planned operations, access for production will be through both new and existing adits utilising a combination of new ramp development and refurbishment of existing underground infrastructure. Mining will largely consist of low-cost long hole stoping, with limited use of inclined undercut long hole, room and pillar, and cut and fill mining methods in specific shallow or flat-lying stopes.

The FS is based on a proven and probable reserve of 6.2 million tonnes grading 5.9 grams per tonne and 19.7g/t silver. The project also has inferred resources of 5.1Mt grading 7.25g/t at Premier, with about 2.2Mt of this resource material at similar grade, near the planned development, which may potentially be converted to reserves during operations.

Ascot plans to seek funding for construction and development over the coming months.

Shares in Ascot Resources are trading at C83c, valuing the company at $205 million.