Search on for 11 trapped miners in Colombia

A search and rescue operation is underway in Colombia for 11 miners trapped in a flooded gold mine at the El Bosque village near Neira in the department of Caldas. 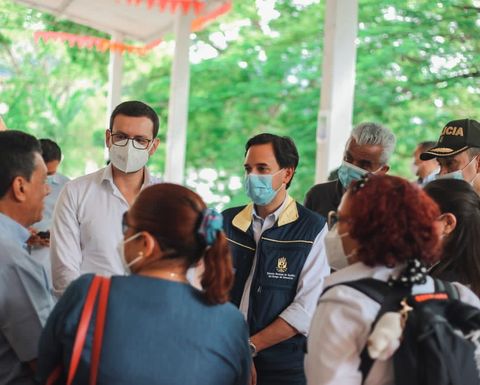 The preliminary report had 15 people missing at what Colombia's national mining agency said was apparently an illegal operation.

Agencia Nacional de Mineria said after receiving the call for help on Friday, it activated the emergency care protocol and dispatched 10 rescuers, an engineer and a team mechanic from Marmato Mining Safety and Rescue point.

The four entrances to the mine were completely flooded and two pumps were set up over Friday night, ANM said.

Mines and energy minister Diego Mesa met with rescue authorities at the central command post on the weekend.

"We appreciate the solidarity of miners like Omaira Morales, who have provided motor pumps and machinery for rescue work in Neira, Caldas," he said in a translated tweet.

He also thanked the air force for its support and the various authorities "working to attend to this regrettable emergency".

In a translated statement issued on Saturday, ANM said it regretted the emergency and called on all miners in the country to abide by all the required safety protocols so these accidents could be avoided.

Colombia's national disaster body said on Wednesday 45 people had died due to flooding caused by heavy rains in the country.