West Africa-focused Roxgold says continuing exploration success on two fronts at the Seguela gold project in Cote d’Ivoire augurs well for the longevity of the mine it expects to be in production in 2022. 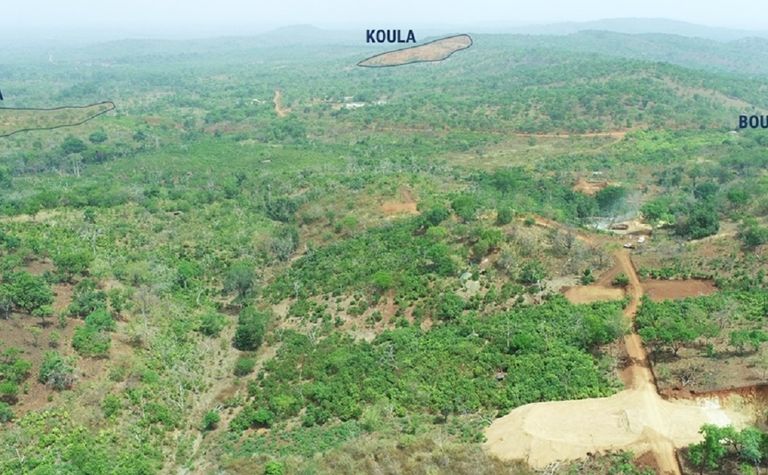 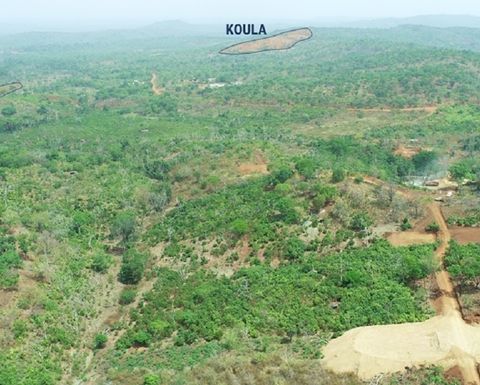 The Toronto-listed producer (TSX: ROXG) says strong near-surface intercepts at Sunbird, less than 2km from the "primary" Antenna deposit at Seguela, give it a target to expand with follow-up drilling along strike and down-dip.

"We continue to see the significant exploration prospectivity of Seguela with the discovery of Sunbird, which has the potential to be another high-grade prospect within close proximity to our planned operations and infrastructure," said Roxgold president and CEO, John Dorward.

"The initial results from Sunbird build upon the success of the discovery of Koula, as our exploration team has identified and targeted the north-south striking structure that hosts Koula and Ancien. Similar to Koula, our first round of drilling at Sunbird has returned consistent near-surface mineralization with high grade components over a larger strike length."

Dorward said as well as results that paved the way for Roxgold to "advance Sunbird through to resource status", drilling on Koula intercepted 6m of 10.8gpt about 120m further down-plunge from the previous deepest hit of 14m at 4.3gpt in hole SGRD971.

Koula is 1km east of Antenna in an area with some recent artisanal workings but one seen as a lower priority exploration target. Roxgold said drill results now pointed to high-grade mineralisation extending about 300m down-plunge from the base of the preliminary economic assessment pit shell at Antenna, and it would push ahead with infill and extensional drilling this quarter to "determine the potential for an underground mining project at Koula". 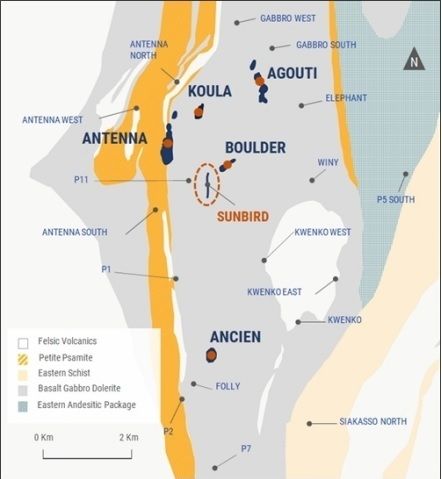 "Importantly, the underground potential at Koula and Ancien, as well as the ongoing exploration success such as Sunbird, will continue to build the resource base at Seguela beyond the feasibility study mine plan," Dorward said.

Roxgold said last month it wanted to "push towards the goal of defining additional mineralisation in support of our vision of Seguela becoming a 150,000 ounce per year producer over 10-plus years".

"While our exploration team continues their excellent work at Seguela, the critical path for the Seguela project plan is on track with the feasibility study nearing completion - which we believe will demonstrate the ongoing evolution of the Seguela PEA with an enhanced mine life and project economics with the inclusion of the high-grade Koula deposit into the mine plan - followed soon thereafter by a construction decision towards the goal of achieving first gold pour at Seguela in 2022," Dorward said this week.

Roxgold is aiming to build a second West Africa gold mine at Seguela to add to production from its 120,000ozpa Yaramoko operation in Burkina Faso.

Roxgold shares have climbed from C$1.43 at the end of March to the current $1.72, capitalising the company at $642 million.

The price did get to $1.92 last month ahead of softening in the gold price.