NV Gold shares jumped almost 24% yesterday as the junior announced Hochschild Mining had entered a US$10 million option over its SW Pipe gold project in Nevada. 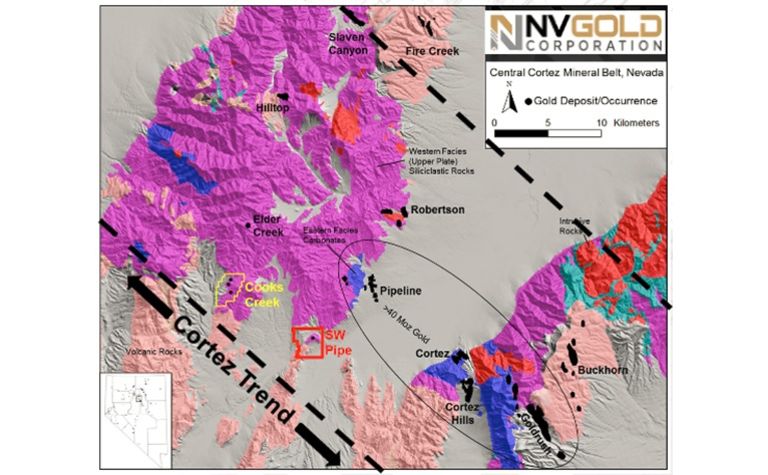 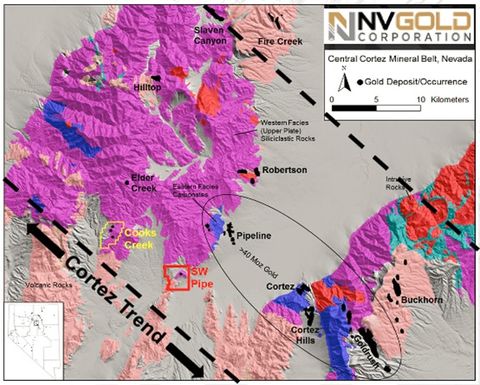 NV said within 30 days, Hochschild would pay $50,000 and the 2020 renewal costs for the property, which was about 6km southwest of the Pipeline gold mine operated by Barrick Gold and Newmont's Nevada Gold Mines.

Or after earning 51%, Hochschild could earn a further 24% by spending a $2.5 million on exploration and delivering a feasibility study.

"NV Gold will remain operator of the initial exploration programmes on the project and we are excited to work with Hochschild to test the project at depth for extensions of the neighbouring multimillion-ounce gold deposit at the Pipeline mine," president and CEO Peter Ball said.

Ball said NV was touring "other interested mining companies" to its exploration projects in Nevada for further potential joint ventures.

The company had about C$1.6 million in cash at the end of February, according to a presentation this week.

London-listed Hochschild has precious metals operations in Peru and Argentina.

Its shares are trading near the middle of a 52-week range, around 195p, capitalising it about £1 billion (US$1.4 billion).