Russian gold miner Petropavlovsk released its 2021 results, which showed production was down from the previous year, despite a strong uptick in the final quarter. Further reductions were expected for 2022. 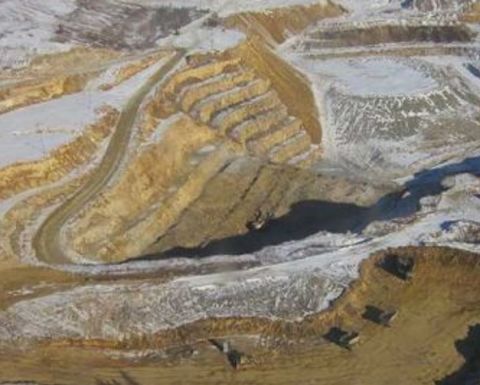 Petropavlovsk CEO Denis Alexandrov said the company had managed to achieve its 2021 production guidance despite the challenging operational environment experienced in the last year.

"With the Pioneer flotation plant operating at full capacity and Malomir outperforming, we were able to fill our POX hub with more concentrate from our own mines, reducing our reliance on lower-margin third-party concentrate while maximising the plant's potential," he said.

Petropavlovsk also announced that it expected production levels to continue to decline in 2022. The company's production guidance for 2022 was in the range of 380,000-420,000oz and little change was expected in 2023.

While gold production was expected to increase at its Pioneer mine, the Albyn mine's production in the first half of the year was predicted to be lower as the processing plant works through stockpiles of lower-grade material. The Malomir mine also had slightly lower grades through its processing plant, but production was anticipated to remain stable due to higher mining and processing volumes.

Petropavlovsk owns and operates the Pioneer, Albyn and Malomir gold mines in eastern Russia. The company's gold licences cover an area of more than 3,200sq km in Russia, as well as the pressure oxidation (POX) hub, which processes refractory gold ores.

On January 27, Petropavlovsk traded on the London Stock Exchange at £14.82/share after hovering at around the £15 mark earlier in the day.

Shares still down on Monday morning