Does Janus, the Roman god of duality, impact the stocks? Observers of the Colombia gold space could be forgiven for thinking so given the reversal in fortunes of two of Colombia’s best known gold stories: Continental Gold (TSX:CNL) and Gran Colombia Gold (TSX:GCM) over the past 12 months. 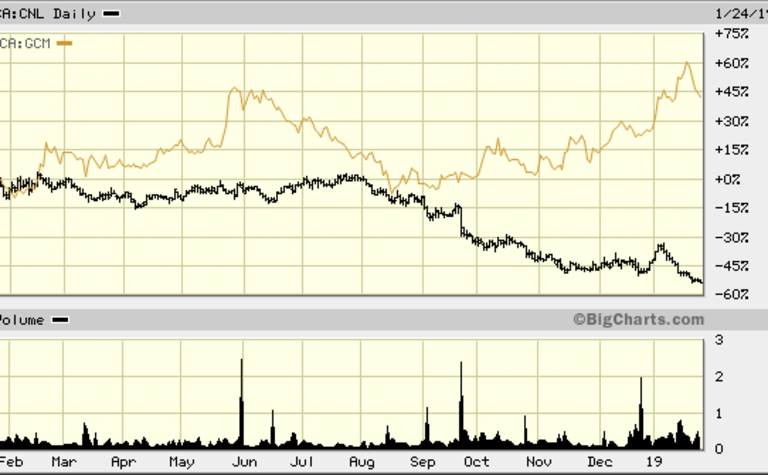 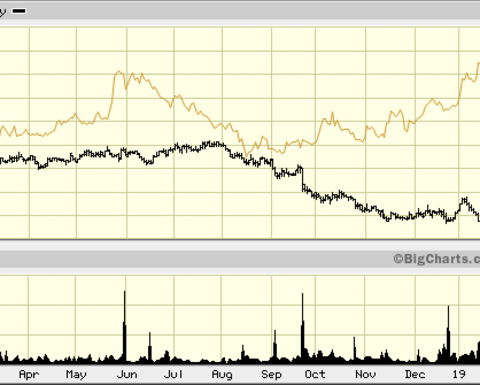 Changing fortunes of GCM and CNL

Through the astute financial engineering (and reengineering) by CFO Mike Davies and its main banker GMP Securities, Gran Colombia has pupated from a debt-laden, high-cost producer whose efforts to survive saw its shareholders face several share roll-backs into a healthy, growth-focused mid-tier 200,000-ounce a year producer, with a healthy cash balance that is now investing in brownfields and step-out exploration and mill expansion.

Gran Colombia's contemporary in the Antioquia department, Continental, is however undergoing a Dorian Gray transformation from being a market darling with the sexiest undeveloped asset in the world, whose CEO Ari Sussman timed financings with apparent perfection, due to a series of security incidents that have seen an aggregate of 10 people killed in three separate attacks by the country's organised armed criminals in the past 18 months. These have raised questions about whether the long-assumed takeout by 19.9% shareholder Newmont Mining will come to pass at a time when the market knows that Continental needs to raise more finance in order to complete construction.

Both companies have ridiculously high-grade assets: Continental's Buritica has a reserve of 3.7 million ounces grading 8.4 grams a tonne while Gran Colombia's Segovia was one of the highest grade gold mines in the world with a 2018 production grade of 17.1g/t.

For several years, the corporate team of Gran Colombia have been engaged in the process of rebuilding reputation and investor confidence and by delivering on their promises. They pulled back from the precipice to the extent that the company expects to be the recipient of analyst coverage in the near future.

"Our recovery has been building and building. It started in 2016 with the debt restructuring. In 2015, we made mine improvements with a new optimised mining plan that was developed by SRK that set the stage for where we would go and we followed that path. We have continued to invest in the assets as our cash flow improved with a balance between allocating capital for our debt and capex and this balanced approach has paid off," Davies told Mining Journal.

"Our share price is starting to reflect what we have. We lifted the dilution overhang from the notes. So we are through the first part of our turnaround and now we need a small push to get to 250,000oz/y or 300,000oz in the next three years."

Gran Colombia's exploration is successfully identifying areas that can be brought into its mining plans to the extent that it is increasing the processing capacity of its Maria Dama plant from 1,200 to 1,500 tonnes a day. With 20,000m of drilling planned for 2019, there will be more step-out drilling at the El Silencio mine targeting the deep zone 200m beneath level 45, the lowest part of the mine. It will also do step-out drilling at its Providencia and Sandra K mines.

It is also looking to digitize all the data from the Frontino Gold Mines company that began operating its Segovia mines in the 19th century to make new discoveries.

With the first gold pour at Buritica on schedule for the first half of 2020, company shareholders face the prospect of a highly dilutive financing at a more than 50% lower share price compared to the last one which was undertaken at $4.

However, the drill bit may yet be Continental's salvation as the company continues to expand both the Yaragua and Veta Sur vein systems at Buritica. With Continental planning to drill up to 73,500m in 2019, including 55,000m of definition drilling and 18,500m of infill drilling, high-grade results could continue to flow.

Drilling results announced this week confirm that the company has intercepted high-grade gold at Veta Sur over 1,000m laterally by 1,200m vertically, as step-out drilling continues to hit mineralisation beyond the mineral resource estimate block model. The latest results include 4.0m grading 26.07g/t gold equivalent some 200m below the inferred mineral resource estimate.

However, all eyes will be on how Newmont plays its hand and whether it calls, raises or folds.

Outcrop to return to market to fund Santa Ana drilling