In the early 1950s a woman named Dorothy Martin began receiving extra-terrestrial messages from beings on the planet Clarion, through a process called automatic writing. She gained a small following of UFO enthusiasts and others drawn to her psychic abilities, and they formed a group called The Seekers. Through Mrs Martin, the beings predicted that a great flood would destroy the entire west coast of the United States. However, because of their enlightened beliefs, The Seekers would be rescued by a flying saucer just in time to avoid disaster. 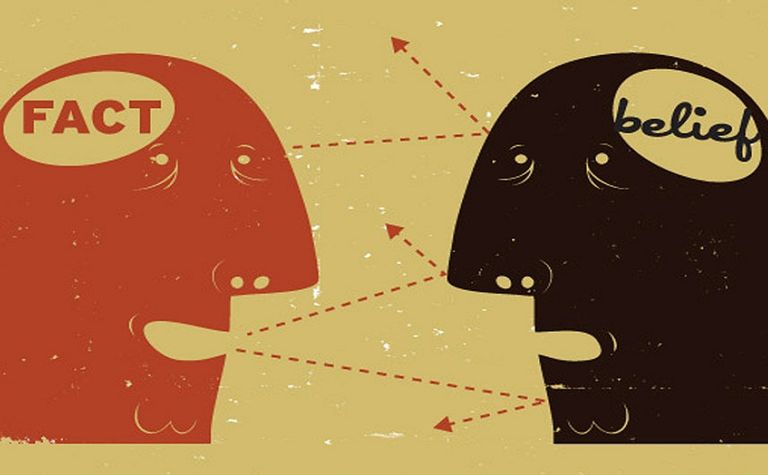 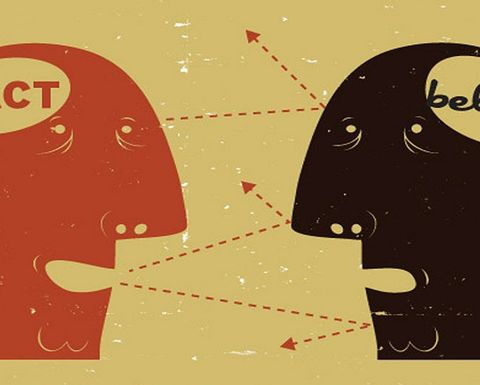 Little did they know that a social psychologist, Leon Festinger, had infiltrated the group and was studying what would happen to them psychologically when the prophecy failed. What would happen, Festinger wondered, when a deeply held belief is so dramatically contradicted by direct evidence? Would people abandon their convictions and change their minds? Or would they seek justification for their beliefs despite contradictory evidence?

The group became increasingly distraught as the hour of the predicted flood passed and the flying saucer failed to materialise. Many of them had sold their possessions, lost or quit their jobs and ended relationships in preparation for this apocalyptic event. At the end of a long, anxious night of uncertainty about what to do a final message came through to Mrs Martin; God had decided to spare the world. Mrs Martin said: "The little group, sitting all night long, had spread so much light that God had saved the world from destruction."

Based on findings from this study, Leon Festinger developed one of the most powerful theories in social psychology: cognitive dissonance theory.

Cognitive dissonance is what happens when we are exposed to evidence that contradicts our existing beliefs, and it happens every day. These beliefs can be anything from deeply held political or religious views to more practical beliefs about how companies should be managed or how work should be carried out within an organisation. Our brains continuously attempt to resolve discrepancies between how we see the world, what others think and what actually happens.

Festinger's most important insight came from the final message The Seekers received: The little group, sitting all night long, had spread so much light that God had saved the world from destruction.

The very evidence that should have threatened their entire world view instead became evidence of their critical importance in world history: they had saved millions of lives by staving off a flood. They resolved the conflict by maintaining what they already held to be true.

While some less committed members became disillusioned and left the group, many of them, including Mrs Martin, not only persisted in their beliefs, but strengthened them.

The findings have been consistently reproduced in many studies over the years since Festinger's landmark study; when faced with evidence that threatens existing beliefs we often double down on the existing belief instead of revising it, especially when we have a like-minded group around us. In workplace settings where organisational change is needed, this phenomenon can be an especially destructive force.

The real challenge we face is that given our unwillingness to revise our thinking, how do we implement change effectively?

In last month's article, we illustrated how the enormous power of belief helps to overcome what initially seemed to be impossible feats. In this month's article, we examine one method that can overcome even the most deeply entrenched convictions when change is necessary.

We all know that lectures, mandates and reports alone have almost no transformational impact on organisation change. But we are unaware of how to solve this problem because we ignore a crucial insight; how we receive information is actually more important than what the information is.

Information is least likely to motivate change when it involves a collection of facts, numbers, and arguments. On the other hand, new information, especially information that challenges existing beliefs, is most effectively conveyed, received and retained when it is wrapped in a good story.

In cognitive science, the most important element for motivating change is called narrative transportation. Narrative transportation is the full immersion we experience during a highly compelling story. Imagine the best movie you've ever seen. Recall the way in which you lost yourself in what was happening, almost completely ignoring the fact that you were in a dark, windowless room with dozens of other strangers. Your thoughts and emotions were absolutely emotionally engaged with the story. It had your full attention, and you can easily look back years later and conjure the images and feelings you associated with it.

How does it work? The cognitive scientist Dr Melanie Green and her colleague have found that there are four essential ingredients that make narrative transport so powerful.

Applications for learning, training and change

The traditional suite of learning and training tools deployed to motivate change relies heavily on the transfer of new information through well-defined communication and implementation processes. But there is a new generation of immersive virtual environments that bring new tools to the toolkit. Virtual worlds now allow us not only to exploit the mechanisms of narrative transportation, but to heighten its effect.

Narrative transportation helps get people engaged, it helps weaken existing beliefs, and it helps reorganise and encode new knowledge perhaps more effectively than any other change model. But now imagine how much these effects are heightened when you are the main character in the story. With immersive virtual reality, we can design learning experiences that target new ways of working, while relaxing our defences around old and outdated patterns.

There is a lot of science in this process, but there is also an art to creating narrative transportation. Designing an immersive narrative that generates powerful learning outcomes is not just a matter of replicating your work environment and then dropping a learner in it. Workers need to be involved in the story. They need to identify with their own character, become emotionally involved and feel a realistic connection to what's happening.

Unlike the Seekers, organisations can't elude reality - eventually the market will catch them. Without proper learning models to continuously update their thinking based on what needs to be done, as their own narrative unravels, so too will their shareholders' wealth.