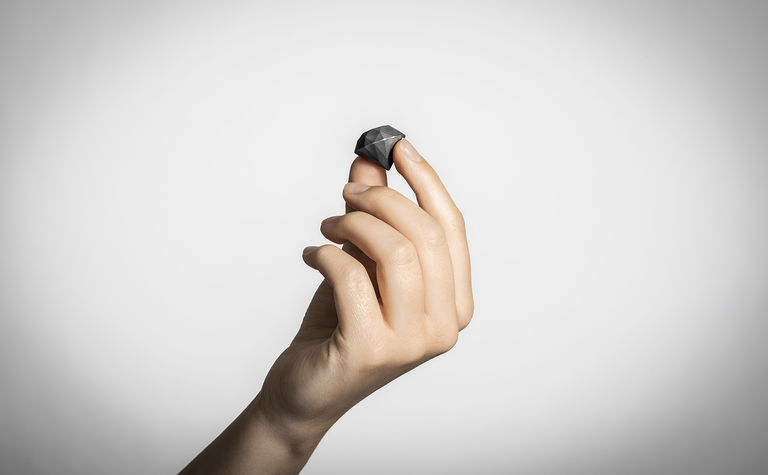 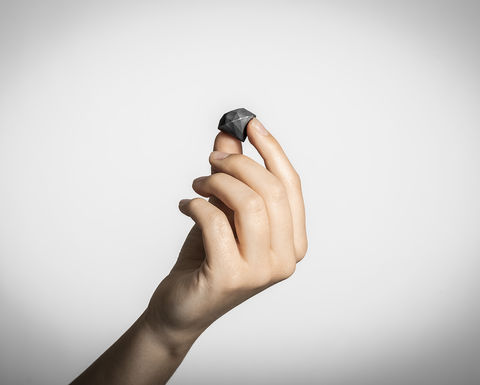 Since 1953 it has been possible to produce synthetic diamond, but since it is so hard and complicated to machine, it is almost impossible to form complex shapes.

Until now, that is.

Blending a slurry of diamond powder and polymer, the diamond composite combines the world's hardest material with a process called stereolithography.

While this diamond is not fit for an engagement ring, it is said to be suitable for a wide range of industrial uses. Diamond is already used in wear resistant tools, and three-dimensional printing a composite holds the potential for even more durable drilling and machining.

Even equipment such as medical devices can benefit from the innovation, thanks to diamond's biocompatibility and its long-wearing properties.

The difference between Sandvik's diamond and natural or synthetic diamond is that Sandvik's is a composite material. Most of the material is diamond, but to make it printable and dense it needs to be cemented in a very hard matrix material, keeping the most important physical properties of pure diamond.

After the printing, the next step in the process is even more demanding, prompting Sandvik  to develop a tailor-made, proprietary post-processing method that is able to produce the exact properties required of the diamond composite.

Due to Sandvik's use of additive manufacturing, diamond components can be created application ready, in very complex shapes, without the need for further machining. This will open up possibilities for use in applications previously considered non-viable.

"Historically, 3D printing in diamond was something that none of us imagined was achievable," said Sandvik Additive Manufacturing delivery manager Anders Ohlsson. "Even now we are just starting to grasp the possibilities and applications that this breakthrough could have.

"On seeing its potential, we began to wonder what else would be possible from 3D-printing complex shapes in a material that is three times stiffer than steel, with heat conductivity higher than copper, the thermal expansion close to Invar - and with a density close to aluminium. These benefits make us believe that you will see this diamond composite in new advanced industrial applications ranging from wear parts to space programmes, in just a few years from now."

"Rather than looking to actually develop completely new materials, today the big push within the industry involves the often-radical restructuring of existing materials. Using revolutionary new processes such as additive manufacturing will open completely new ways of using the same types of materials that we have today, by building in the properties that we need."

Despite the industrial diamond breakthrough, independent New York-based diamond analyst Paul Zimnisky pointed out Wednesday the jewellery industry was still undecided on how to present diamonds to consumers following the wider-scale emergence of man-made stones in recent years.

"Given the wide variation of terms already used by the trade to describe man-made diamonds, adding an ‘earth-created' qualifier to natural diamonds seems like further convolution at a time when diamond customers are already understandably confused," he said.

When it comes to man-made diamonds, the industry prefers the term ‘lab' to be included in the descriptor because it evokes a perception of innovation and technological advancement.

However, Zimnisky pointed out while man-made diamonds were lab products to an extent, most were not technically produced in a laboratory but rather at a factory. Only the research and development typically took place in a laboratory setting.

According to his data, ‘synthetic' was the ubiquitous term used to describe the product before 2017. "Given that man has been commercially making diamonds for over a half of a century, largely for industrial application, the term was similarly applied to gem-quality versions when the product began emerging in greater scale in recent years," he said.

"Synthetic tends to be the preferred term by the mining industry given the potentially pejorative association when speaking of a luxury product."

From a technical vantage, ‘man-made' is probably the most appropriate descriptor for the product although the industry has most actively pushed ‘lab-created' or ‘lab-grown', given the marketing benefit.

As a result, Zimnisky points out the growing use of the acronym ‘LGD', shorthand for lab-grown-diamonds.

"Given the popularity of acronyms, especially in the social media age, along with many in the industry growing tired of writing out lab-grown diamond, LGD has been appearing more frequently, at least in trade communication.

"Again, as trivial as this may sound, if LGD becomes the standard moniker of man-made diamonds it could actually have significant implications. By using LGD, the word diamond is literally removed from the description.

Widely available, high-quality man-made diamonds are still a relatively new product, representing only a single-digit percentage of the global diamond jewellery market, so the parlance remains up for grabs. There are still consumers that do not even know that man-made diamonds exist, and many of the ones that do may still not be exactly sure what they are.

"Given how important marketing and consumer phycology is to a luxury product, and especially in the case of diamonds given the high emotional-value component, the term that becomes the standard to describe man-made diamonds could have a significant impact on the success of the product longer-term," Zimnisky said.