Cobalt prices having continued their recent downward trend, although there has not been a decrease in demand. 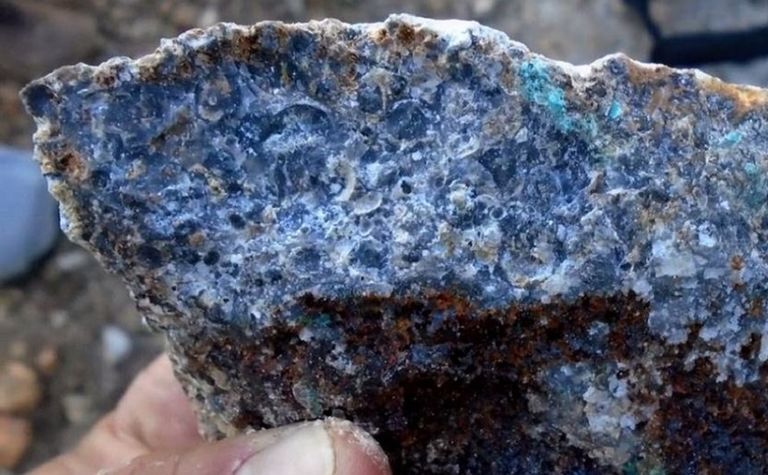 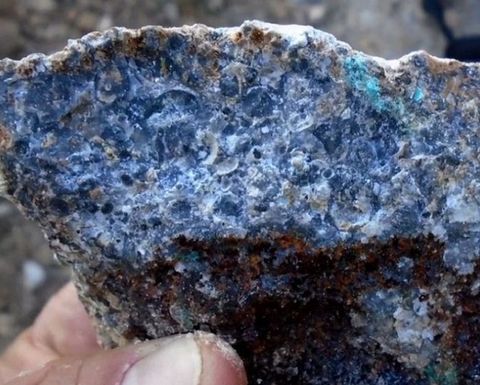 Demand is still there for the blue metal

Mining Journal caught up with Benchmark Mineral Intelligence analyst Caspar Rawles to talk about the market, the Better Cobalt initiative in the Democratic Republic of Congo, and the mysterious case of 112 tonnes of the blue metal being stolen without detection.

Mining Journal: Cobalt prices have been decreasing - do you see this trend continuing?

Caspar Rawles: For the time being, yes, prices could potentially go down further from where they are today, but I don't think this is the start of a crash or that they are going to continue to fall long-term.

The demand fundamentals haven't changed at all - so demand is still strong, we're seeing electric vehicle production grow on a global scale.

Really, the price decreases were initiated by negative sentiment, particularly in the Chinese market that was tied to a number of different factors, including some of the changes in the pricing of raw material feed, some credit issues, some cash flow issues and also the way that the industry looked for upfront payments instead of payments after delivery.

So, there were a number of changes that triggered negative sentiment in China, that kind of I think became a self-fulfilling prophecy and we saw prices come off, but as I said, demand fundamentals remain strong and we're likely to see an uptick in demand activity quite possibly as soon as late August or during September as well.

To add on top of that, in terms of cobalt, we're seeing the larger cathode or cell manufacturers ... their demand remains very strong.

I think perhaps business is harder to come by for smaller to mid-size companies, so we might start to see consolidation and elimination of smaller and mid-size [companies].

So we're seeing the really big guys take up all the big deals ad big contracts. In the news recently we've seen CATL did a big deal with BMW, and LG Chem are expanding to a second plant in China. So I think the small- to mid-size demand for peak business may not be where it was a little while ago, but certainly the big companies are still continuing to produce at high levels.

MJ: Looking at recent news, Panasonic suspended supply from an embargoed cobalt supplier. Do you think this will have any impact on the market?

CR: To be honest, quite simply I don't think that's a very big story at all. If you look at it quite simply. Sherritt, which was supplying Panasonic with cobalt material, have a large number of customers - they just won't be dependent on one big account like Panasonic, and equally on the other side of it, Panasonic are a very big company and have a large number of suppliers and stockpiles of material as well.

So I don't think there'll be any real impact on the market.

Sheritt aren't going to struggle to place that material anywhere, Panasonic aren't going to be short replacements elsewhere and on top of that we've got negotiation season to start in earnest soon. That typically takes place in September, October, November, so that is right around the corner.

Negotiations were coming up anyway, so its kind of a non-event really. I don't think we'll see any knock-on implications in the market.

MJ: The Better Cobalt initiative has reached the implementation phase - do you think this will have much impact on mining conditions in the DRC?

CR: I think it's a really interesting project. I think everyone has kind of now grasped that artisanal mining is not only important for the region, it's also something you're not really going to be able to change - it's going to happen whether you like it or not. So I like the idea that it's embracing that and looking to make those practices safe.

The hurdle at the moment for that project is, will it be accepted by industry? Will major players - guys that have shied away from sourcing cobalt from the DRC in the past - say, okay, we can accept that?

That's the key hurdle - will the industry accept it widely? There'll always be some guys that accept it, but will the wider industry agree that the work being done there is enough to satisfy their internal compliance?

And if so, then it's a great new source of material and it'll certainly change the dynamic in the DRC. It's an interesting project to watch closely and see how it works.

They've got to be able to ramp up production adequately and ensure the same level of standards are maintained across the mines, so that's the key thing.

It's one of those situations where companies will have to go physically to see it and check it all out.

The volumes we see at the beginning will be very small, it's going to be a while before they commit to any contract with the wider market, but it is certainly a good format to watch it as a proxy for how the industry can evolve in the future.

MJ: There was news this week that thieves managed to steal 112 tonnes or US$10 million worth of cobalt from a warehouse in Rotterdam . How do you think you'd manage to steal that much cobalt without anyone noticing?

CR: I have no idea. It's six trucks of cobalt that went missing without anyone noticing a thing, which I find very hard to believe.

It's six trucks of cobalt that went missing without anyone noticing a thing, which I find very hard to believe

I'd have to be a drinking buddy with the security guard I think to turn a blind for a while.

I don't know how these things are managed, but you would assume the warehouse would be extremely secure, so it's not a case of someone slipping a diamond in their pocket. It is several trucks rolling in and the loading process alone, let's say six truck at 20 minutes a truck, we're looking at hours to get the material out.

MJ: What would you do with it? Could it be traced?

CR: There is no way of tracing it in terms of the cobalt. I assume it would probably still be in its packaging from whoever produced it with some sort of lot or batch number assigned to that product, in which case it could be tracked. But I wouldn't think anyone who stole it and had any chance of it getting recovered would be stupid enough to leave that around.

It's a strange one, because there are not many people that will buy huge volumes of cobalt- it's a really specialist product, so I can't see how they could get rid of it unless they knew they could do it and lined up the sales to someone on the cheap, but it's a bit of a mystery really.

I don't know what else is stored in that warehouse, but you'd think if you could break in and steal something, cobalt wouldn't be on top of the list as it's such a specialist product, although obvious it's very high value.