China, Canada, Australia, the US and Indonesia were in 2018 the five largest jurisdictions globally in terms of mining deal value, accounting for 65.2% or US$74.5 billion of the global total, new analysis from data and analytics company GlobalData. 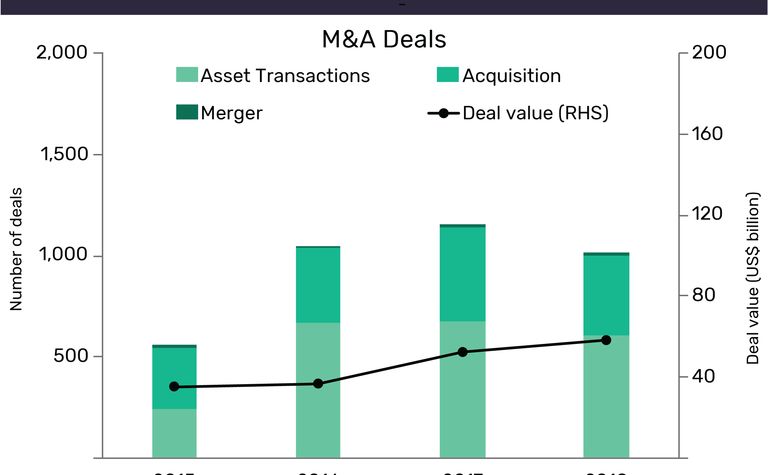 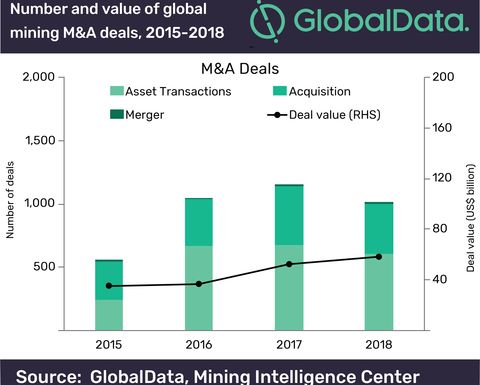 However, that figure belies the fact that the total value of all financial deals in the mining sector fell by 14.9% in 2018 to US$114 billion. This was mainly the result of a 32.4% decline in global mining capital raising expenditures, which were partially offset by a 13.5% increase in the value of mergers and acquisitions.

GlobalData noted the largest of the completed deals in 2018 was China's Tianqi Lithium Corp's acquisition of a 23.77% share in Chilean lithium miner SQM, from Canadian fertiliser giant Nutrien, for $4.1 billion.

This deal was followed by the Indonesian state-owned mining company PT Indonesia Asahan Aluminium's offering of bonds, which raised $4 billion.

"Out of 3,000 deals in 2018, the five largest were all worth over $2 billion and accounted for a combined 15.8% of the global deal value, whilst there were a further 60 deals ranging between $500 million to $2 billion, accounting for a combined 44.1% of the total value," mining analyst Vinneth Bajaj said.

After increasing for two consecutive years, mining M&A and capital raising deal volumes declined by 11.7% year-on-year in 2018, with the overall deal value off by 14.9%. Major drivers behind the global downturn was a significant fall in capital raised through equity and debt offerings, alongside relatively lower acquisition rates, GlobalData said.

Despite the lower volumes, the total value of M&A deals increased and, despite small in comparison, both private equity and venture financing deal values and volumes rose in 2018. Overall, M&A accounted for 50.9% of the global deal value, while capital raising activities accounted for the balance of 49.1%.