Newmont Goldcorp picks up Dan Man from Arcus, despite Coffee going off the boil

Newmont Goldcorp (NYSE: NEM) is handing back its 19% stake in Arcus Development Group (TSXV: ADG) to acquire the Dan Man property, near its Coffee gold project in Canada’s Yukon, from the junior. 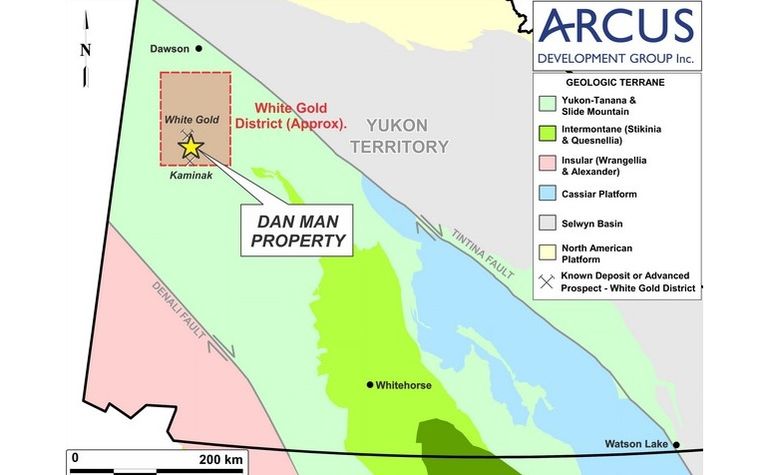 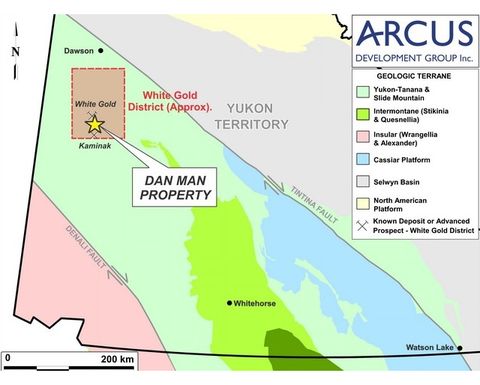 The move comes despite the major opting push the former Goldcorp Coffee asset from definitive feasibility back to pre-feasibility mid-year.

Goldcorp had taken a near 20% stake in Arcus in an October 2016 C$1.4 million placement designed to fund exploration at Dan Man, which is described as "immediately north and adjacent to" Coffee.

However in September 2018, Arcus said it would not proceed with a flow-through financing nor the next planned Dan Man drilling programme.

"With improved logistics and market conditions, Arcus will be able to properly test the Bengal zone in 2019," it said at the time.

Instead, it yesterday said it would sell Dan Man to Goldcorp Kaminak, in exchange for the 14.4 million shares it had sold to the major in 2016.

It would also gain a 1% NSR on future commercial production from Dan Man although Goldcorp Kaminak, a Newmont Goldcorp subsidiary, had the right to purchase this at any time for C$1 million (US$0.76 million).

The pair also agreed to terminate the 2016 investor rights agreement, with Newmont Goldcorp's current 18.9% stake to drop to zero after the transaction.

Goldcorp had been in the permitting process for Coffee last year, targeting production in 2021 at the asset it gained in an all-scrip acquisition of Kaminak Gold in 2016 in a deal worth C$520 million (US$398 million).

Newmont has faced various issues at former Goldcorp assets since the companies' April merger, including protests at the Peñasquito mine in Mexico where it is planning to restart production again this week.

In an earnings call in July, Newmont president and then-COO Tom Palmer outlined plans "to turn these former Goldcorp assets around".

"It's also worth noting that we shifted the Coffee project from definitive feasibility to pre-feasibility as we take a step back to perform further exploration, confirm the resource, advance permitting activities and improve our understanding of the asset," he said in the call.

Arcus still has the Touleary and the Shamrock properties in Yukon's White Gold district.