Shares in recently-listed Cross River Ventures hit a fresh high on Friday as the company announced plans to expand its holdings in Ontario through the acquisition of Northern Dominion Metals (NDMC). 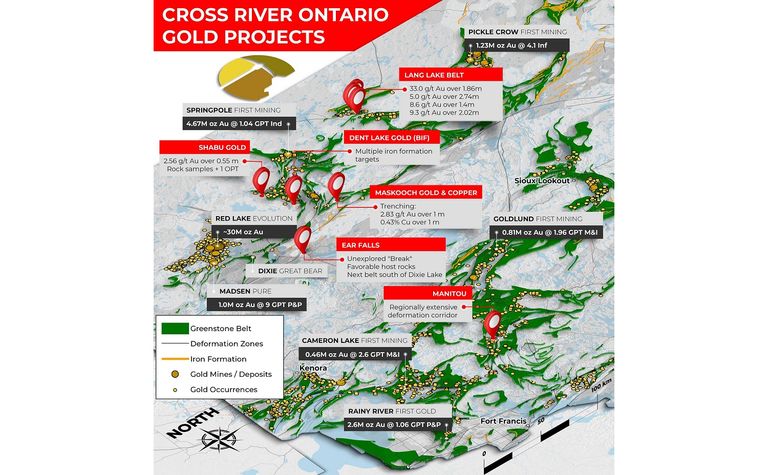 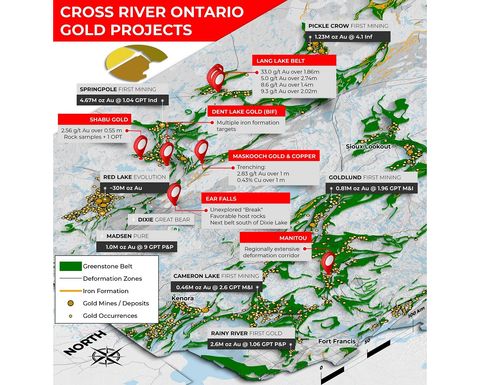 It would issue about 2.5 million shares in stages to acquire the privately-held (NDMC), whose experienced team included former Kaminak Gold GEO Dr Rob Carpenter and geologist Dr Alan Wainwright, who were involved in the discovery of the Coffee gold project in the Yukon which was acquired by Goldcorp in 2016 in a C$520 million deal.

Cross River's Alex Klenman, who was appointed CEO in September, said it was a significant acquisition for the junior and he was pleased key members of NDMC would remain involved.

"The portfolio is extensive, located in the right areas for meaningful discovery, and contains only projects that have met key exploration criteria established by a well-known team of geologists and people with track records of significant discovery," he said.

"In addition, having an ongoing relationship with key members of the Northern Dominion technical team provides critical exploration continuity."

Carpenter said in a joint statement NDMC's portfolio represented "a unique collection" of structurally controlled gold properties which had been largely overlooked and lacked consistent and focused targeting using modern techniques such as LIDAR or high-resolution geophysics.

"The Archean Superior geologic province is without a doubt among the best terrain in the world for finding economic gold deposits and this portfolio sits in a highly prospective part of this domain," he said.

The portfolio comprises the McVicar East, Lang Lake and Cannon Lake properties about 80km west of Pickle Lake on the Lang Lake belt; Shabu, Maskooch, Dent-Jackson and Ear Falls on the Uchi belt; and Manitou, near Dryden.

Cross River already had options on the Fuchsite Lake project in Ontario and the Tahsis copper-gold project on Vancouver Island in British Columbia.

It had completed its IPO on the Canadian Securities Exchange in July after raising C$460,000 at 10c per share.

It then raised $1.75 million at 25c per unit in October for exploration and general working capital.