Surge to acquire 70% of Centerra project in BC

Surge Copper has struck an option agreement to earn 70% of Centerra Gold’s Berg copper project, next to the junior’s flagship Ootsa project in British Columbia. 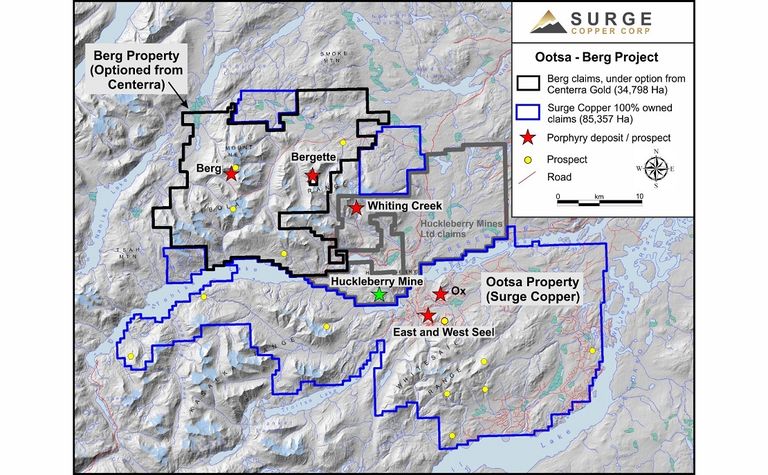 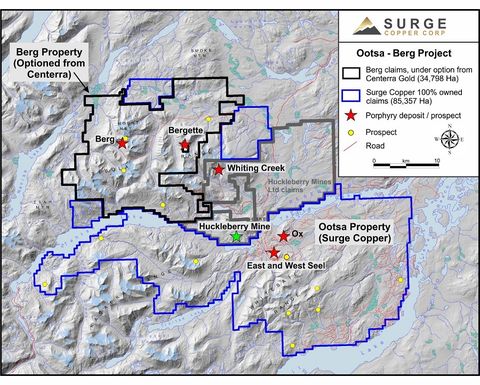 The deal includes Surge making C$5 million in share payments to Centerra plus spending $8 million on the project over five years.

"The acquisition of Berg is highly strategic to Surge, as it solidifies the company's position in the district, and adds both significant, high-quality historical resources, and a large, prospective land package," Surge CEO Dr Shane Ebert said.

"Surge is advancing a multitrack agenda of aggressive exploration and strategic copper district consolidation in British Columbia, and this transaction represents an important step in our path forward."

Berg has an historical resource comprising a measured and indicated 397 million tonnes at 0.44% copper-equivalent, and an inferred 14Mt at 0.34% Cu-eq, Surge said.

Ootsa contains 1.1 billion pounds of copper and 1 million ounces of gold at three deposits, or a measured and indicated 2.5Blb Cu-eq.

The company has flagged the possibility of developing Ootsa and Berg as one large project.

A 2016 preliminary economic assessment on Ootsa had indicated initial capex of C$64 million for a 12-year mine with an after-tax NPV5 of $186 million and IRR of 81%.

Surge had $6.7 million in cash, according to a presentation yesterday.