The Waihi District Study is a Preliminary Economic Assessment (PEA) indicating strong value creating potential from several projects.  The base case scenario extends the mine life at Waihi to at least 2036, from multiple sources of ore feed, with a potential initial resource of 2.4 million ounces of contained gold.

The 12-month study looked at the Waihi District's resource potential holistically. The study establishes the future production potential of the resources in the region, development requirements for each project, and the associated key milestones including mine production, processing and gold production.

The Waihi District in the North Island of New Zealand includes the town of Waihi and surrounding areas. The mining projects in the PEA include Martha Underground, Wharekirauponga (WKP) Underground, Martha Open Pit Cutback and Gladstone Open Pit.

Michael Holmes, President and CEO of OceanaGold said, "We are very pleased to share the positive results of the Waihi District Study that represents the initial value creating potential of the district opportunities."

"The results of the study give us confidence to move forward with these opportunities. We see potential for further significant growth through resource additions particularly at Martha Underground and WKP deposits. Further resource expansion also has the potential for sustained high levels of annual gold production and mine life extension," Mr Holmes added.

The modern Martha Mine and underground operations have been operating at Waihi for over 30 years. OceanaGold will enlarge the current Martha open pit, mine a second smaller pit on the outskirts of town near the company's process plant, develop a new tailings storage facility, and construct a rock stack next to the existing tailings storage areas.

The Waihi District Study shows significant socio-economic benefits for the regional community and for New Zealand, which can play a critical role in the post-COVID-19 economic recovery, including 300 new jobs in addition to the existing 900-person countrywide workforce.

"When OceanaGold purchased the Waihi Operation in 2015, the mine had a life of less than three years. We made a commitment then to extend the life of the mine and develop the economic benefits it brings to Waihi and the broader district. We are a high value export intensive industry that supports a wide range of businesses and jobs," Mr Holmes said.

"With the potential to extend the mine life out to 2036, we would invest an estimated US$1.4 billion in the area. This is in addition to the significant benefits already delivered in New Zealand over the last 32 years of operation at Waihi." 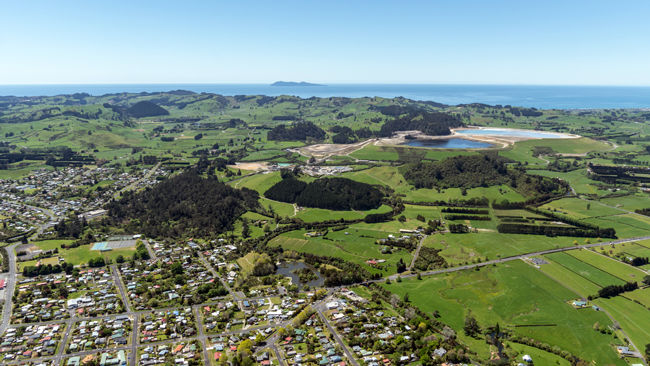 New Zealand has a long, rich history of mining dating back to the 1800s. Over the past 30 years, OceanaGold has successfully operated to the highest environmental and social standards and delivered significant socio-economic benefits to regional communities in both the North and South Islands.

Waihi, in particular, grew around the mining operations since the discovery of gold in the area over 150 years ago. Today, the town's motto is "the heart of gold mining in New Zealand".

The critical path for success is permitting and while the New Zealand permitting process is prescriptive, OceanaGold is very familiar with it.

"There are no short-cuts, permitting in New Zealand requires extensive engagement and transparency. We have successfully permitted dozens of projects in the country over the last 30 years, including most recently the Martha Underground Project which was permitted six months ahead of schedule in 2019. We have a strong reputation as a responsible miner and have solid relationships with the local community and other stakeholders," Mr Holmes said.

OceanaGold's approach to sustainability is to build a positive legacy, delivering value throughout and beyond the life of its mines.

The land under which the Wharekirauponga (WKP) deposit sits is culturally and environmentally significant. It is also an important recreational area for walkers and campers and home to the critically endangered native Archey's Frog.

That's why any potential mining operation at Wharekirauponga would be underground and with minimal surface disturbance to protect the conservation values of the region.

"We believe we can mine the resource sensitively and respectfully using proven underground methods. Although we have tested enough rock to be confident that the gold discovered at the site could support a mine, we still need to undertake significant, detailed studies before we apply for resource consents," Mr Holmes said.

"We strongly support responsible mining, protecting conservation land and working with technical experts to understand and protect the biodiversity of the areas we operate in. We're proud of our engagement and partnerships with local communities and the support we receive for our operations and future development," Mr Holmes said. 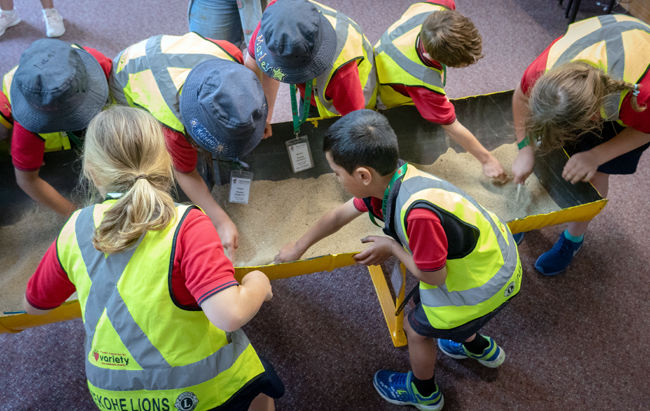 OceanaGold has one of the best organic growth pipelines in the global gold sector, currently investing in a number of growth opportunities.

The majority of OceanaGold's exploration activities are in New Zealand, particularly at Waihi where the resource has significantly increased since the asset was acquired in 2015.

"We have a high-quality management team and high-quality assets - which is a recipe for success, combined with one of the best organic growth pipelines in the gold sector. Over the next several years, we expect to build four underground mines in low-risk jurisdictions where we have extensive operating experience," Mr Holmes said.