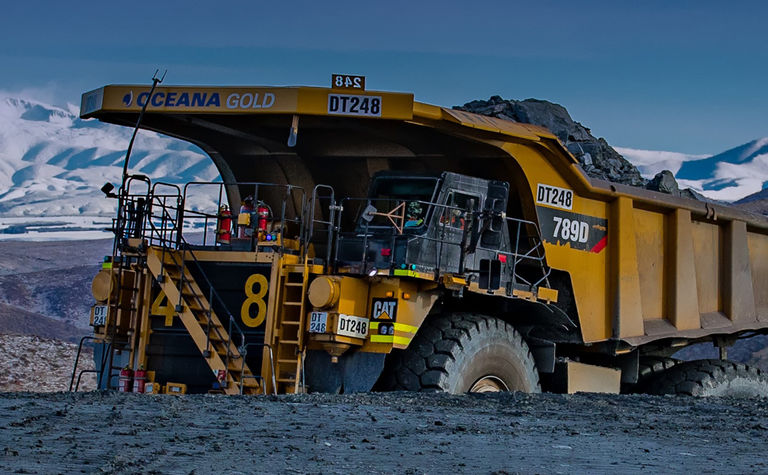 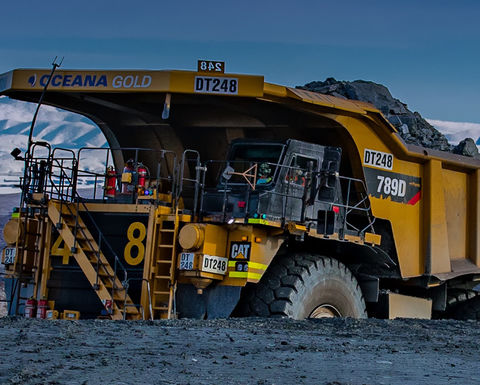 For 30 years, OceanaGold has contributed to excellence in the mining industry by delivering innovative solutions, sustainable environmental and social outcomes and strong returns.

In 1990, OceanaGold poured its first gold bar at the Macraes operation in the South Island of New Zealand. Thirty years on, as it celebrates its anniversary, the miner is about to commence the development of three new projects at the Macraes Operation.

President and CEO, Michael Holmes, said 2020 has been a year unlike any other and that even though OceanaGold was celebrating its 30th anniversary amidst challenging times, the team's drive, industry expertise and experience navigating market cycles guided the company forward.

"We have a strong and sustainable future ahead of us. Our organic growth pipeline represents decades of opportunities for our company and is one of the best in the gold industry," Michael said.

"I'm most proud of our people. Our company is built on the passion, resilience, progressive thinking and expertise each member of the OceanaGold team brings to our world class operations every day."

OceanaGold currently operates the Waihi and Macraes operations in the North and South Islands of New Zealand, the Haile Gold Mine in South Carolina, USA, and the Didipio Mine in The Philippines.

With an initial mine life of seven years, Macraes has since gone on to be the lifeblood of the company and today, stands as New Zealand's largest active gold producing mine, having produced over five million ounces of gold since that first pour. With consents received, work is starting on the new Golden Point Underground and additional open pit expansions.

The modern Globe Progress Mine near Reefton on the West Coast in the South Island of New Zealand opened in 2006 and just over 610,000 ounces of gold was mined from the open pit operation between 2007 and 2016. Now known as the Reefton Restoration Project, the site is a leading practice mine closure and rehabilitation project. Central to the project is the re-establishment of vital ecosystems in the new post-mining landscape.

The Waihi region in New Zealand's North Island has a long history of discovery, development and successful production. When OceanaGold acquired the Waihi Operation in 2015, the company committed to extending the life of the mine, which was delivered with the start of the Martha Underground development in 2019. In July 2020, OceanaGold released the Waihi District Study, a Preliminary Economic Assessment that identified significant and exciting opportunities to expand the existing operation at Waihi and the potential for a new underground mine at Wharekirauponga to the north.

In 2006, OceanaGold acquired the Didipio Copper-Gold Project in the Philippines and developed it into a world class gold-copper operation. Early construction commenced in 2010 and commercial open pit operations began in 2013. In 2015 the operation transitioned from open pit to underground.

Over the years, OceanaGold has built partnerships with the communities, government and businesses that hosted and helped run the operation. Since commencing operations in 2013, over US$890 million has been invested in procurement, wages, training and education, payments to government, community development and environmental partnerships.

OceanaGold President and CEO, Michael Holmes, said Didipio is an example of how to deliver responsible and profitable mining that genuinely cares about shared benefits for people and the environment.

"To date, the team has achieved one of the best safety records globally and demonstrate how mining can contribute to skills development, job creation and livelihood opportunities for local communities. We are committed to rehire hundreds of workers and restart operations once the operation's Financial or Technical Assistance Agreement is renewed - we are ready and waiting for that opportunity," Michael said.

In 2015, OceanaGold acquired the Haile Gold Mine in South Carolina, USA, and continued its development. The first gold from the modern Haile Gold Mine was poured in January 2017 and commercial production commenced in October that year.

In September 2020, OceanaGold announced the updated Haile Technical Report which demonstrates long-term value and significant organic growth opportunity for the operation, including the expansion of open pit mining and a new underground opportunity.

A bright future ahead

OceanaGold continually explores new opportunities at each of its operations, with a focus on delivering stakeholder value, sustainability and contributing to the communities it works and lives in.

"We believe the delivery of these projects translates to real value for current and prospective shareholders over the long-term. OceanaGold is a resilient and dynamic gold miner with a strong and sustainable future. Our organic growth pipeline is one of the best in the industry, representing decades of opportunity for our company, and my team and I look forward to delivering that value," Michael said.

"We're mining gold for a better future. While this year has had its challenges, we look forward to delivering enduring value through innovation, performance and sustainable growth," he said.