Sibanye-Stillwater and the Association of Mineworkers and Construction Union have held separate memorial events to acknowledge the August 2012 Marikana massacre, where 44 people died. 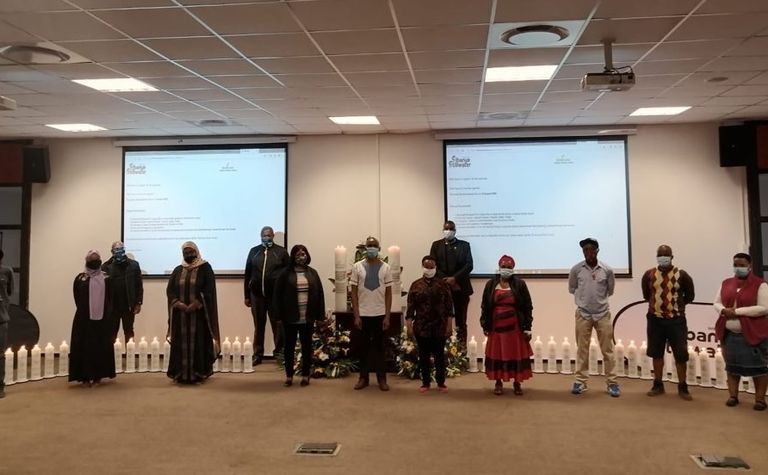 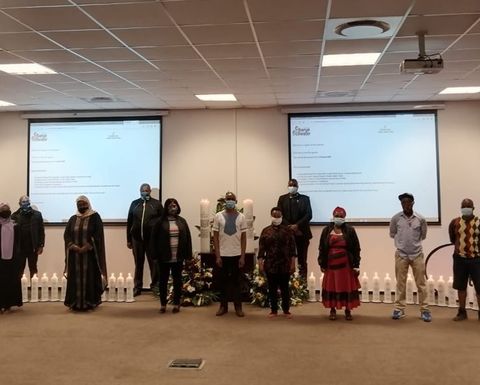 Some of the Marikana widows watching Sibanye-Stillwater’s inaugural lecture

Sibanye-Stillwater last year acquired the Lonmin operation in South Africa where the violence against striking mineworkers had taken place.

Ahead of the miner's inaugural Marikana memorial lecture by social justice advocate Professor Thuli Madonsela, CEO Neal Froneman said the company had completed the Lonmin acquisition "with our eyes wide open to the fact that this would bring with it the legacy of the 2012 Marikana tragedy".

"Whilst we acknowledge and respect the past, we want to develop a new legacy for Marikana; one where conflict is supplanted by new social and economic compacts," he said.

The company unveiled a memorial which was inscribed with the deceased's names and a quote from Nelson Mandela that the time for healing wounds had come.

It also last week handed over six homes to Marikana widows, saying a further 13 houses would be built, renovated or acquired over the coming year.

Sibanye-Stillwater said it continued to provide employment to the spouses or chosen family member of the 44 deceased employees, and was continuing work started by Lonmin to provide educational support for the children.

The company (JSE: SSW), which has been buoyed by higher precious metals prices, closed up 9.79% on Friday and is capitalised about ZAR146 billion (US$8.4 billion).

The AMCU separately held its eighth annual memorial lecture on Friday in Sandton.