Mining production was down 3.3% year-on-year in August, according to the latest figures from Statistics South Africa released this week. 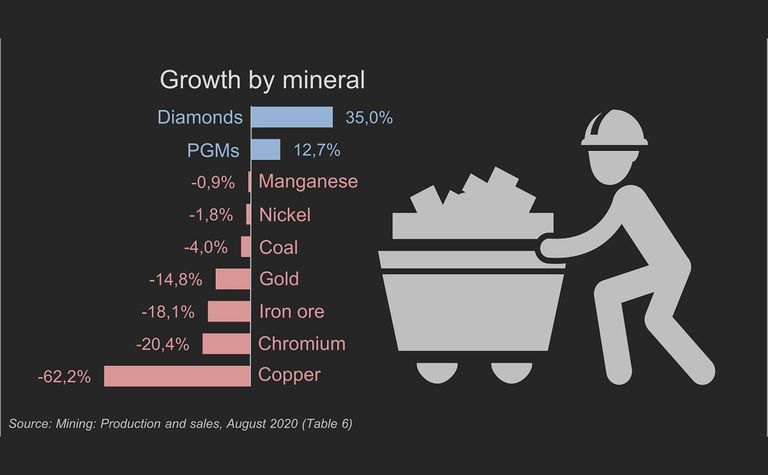 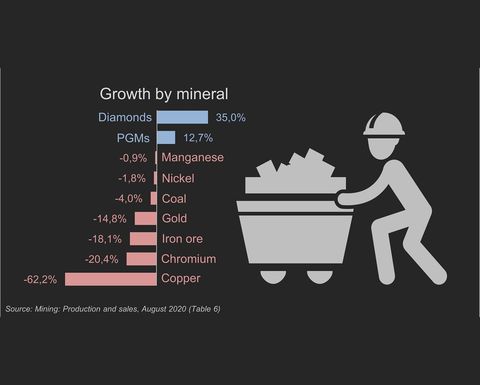 However month-on-month figures show production has started to climb in the months since restrictions have eased following the nationwide lockdown to stem the spread of COVID-19.

Stats SA said the gold and iron ore sectors were the largest negative contributors for the 12-month period, down 14.8% and 18.1% respectively.

Platinum group metals miners were the largest contributor, up 12.7%.

The month-on-month seasonally adjusted figures have risen from -0.7% in June, to 20.3% in July and a further 6.8% increase in August.

Mining production had plunged 47.3% year-on-year in April, the first month following the lockdown which began on March 27. 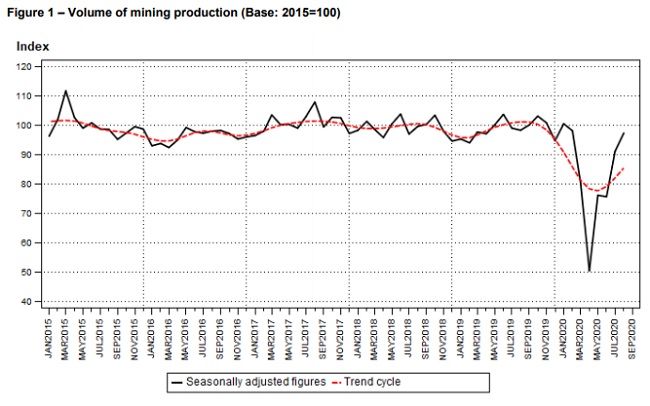 Mineral sales were up 20.9% year-on-year in August, Stats SA said.

The government department noted it was the first publication using weights based on national accounts value added data for 2016-2018, rather than 2015-2017.