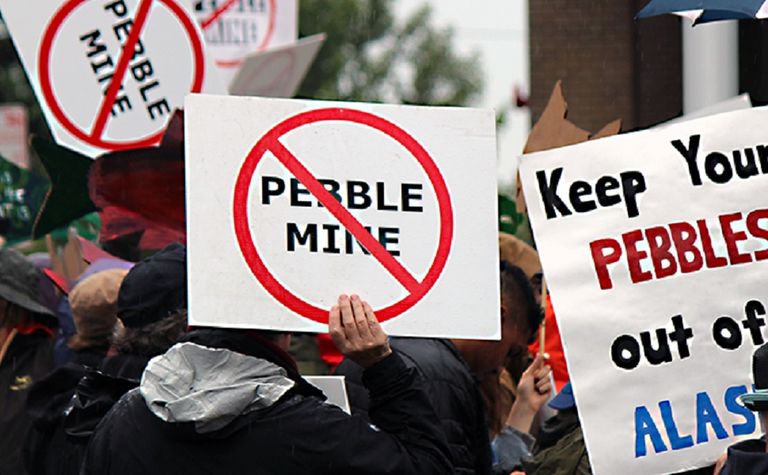 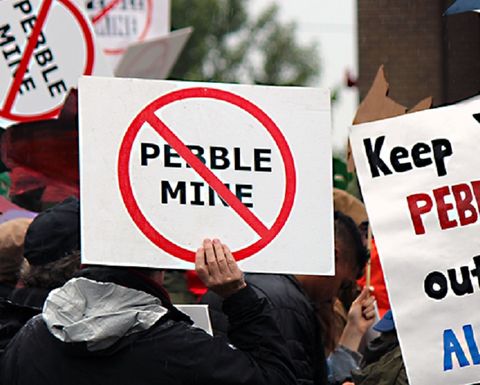 Northern Dynasty Minerals' Pebble Limited Partnership said last week it was confident the US Army Corps of Engineers' final environmental impact statement for the controversial Pebble copper-gold-molybdenum project in southwest Alaska was the last word on a 15-year saga, after President Donald Trump said the White House would review the decision in an effort to hear "both sides of the issue".

Earlier last week, his son Trump Jr came out on social media signalling his opposition to the mega-project.

"The headwaters of Bristol Bay and the surrounding fishery are too unique and fragile to take any chances with," he said in a tweet, sharing a post by VP Mike Pence's former chief of staff, Nick Ayers, in opposing the mine.

PLP CEO Tom Collier said he was confident the scientific and regulatory record established by project's final EIS demonstrated the project could be developed without harm to fisheries in the Bristol Bay region.

The controversial copper-gold-molybdenum project has for years been the focus of environmental protestors and NGOs, who believe it will cause irreparable harm to the Bristol Bay watershed and associated fisheries.

Northern Dynasty suspected political interference when in 2014 the US EPA made a proposed determination to effectively veto the development without any permit application being filed. EPA eventually withdrew this decision in July 2019, allowing the EIS process to continue and culminating in the final EIS being issued last month.

Collier said the final EIS provided an "irrefutable scientific and administrative record" that established Pebble as a project of merit. "The Final EIS has really put this matter to bed after more than 15 years of debate," Collier said.

He added that those who suggest the Pebble EIS was rushed, politically motivated or scientifically flawed are "attacking the credibility of the USACE and its personnel."

Collier believes Trump's review and final permitting decisions at Pebble will be based upon the "sound scientific and administrative record" established by the Final EIS.

Meanwhile, Trilogy Metals last month also won an important victory on the road to building the Arctic project, receiving a record of decision from the US Bureau of Land Management (BLM) for the Ambler Mining District industrial access road project, approving development of a 340km-long gravel non-public access road.

In a 66-page filing last Tuesday, a group of activists alleged the BLM failed to do proper due diligence in safeguarding the environment. They said the road "would cross roughly 2,900 streams and 11 major rivers, including the Kobuk — a designated Wild and Scenic River — and would permanently fill over 2,000 acres of wetland."

The industrial road would cross Gates of the Arctic National Park and Preserve and the Kobuk Wild and Scenic River.

The lawsuit allege the road's construction would require gravel pits to be mined every ten miles to provide roadbed, that "maintenance stations and camps" would be built along the way to support vehicles and crews, and that the path goes through permafrost as well as "areas with sulphide minerals that have the potential to cause acid rock drainage".

The groups also allege the BLM failed to adequately consider the impacts of the mining district itself.

Among the prominent groups acting as plaintiffs are the National Parks Conservation Association, the Northern Alaska Environmental Centre, the Alaska Wildlife Alliance, the Centre for Biological Diversity, Earthworks, the National Audubon Society, the Sierra Club, The Wilderness Society, and Winter Wildlands Alliance, as well as several Indigenous groups.

The plaintiffs further allege the draft EIS only contained a cursory review of mining impacts as part of the cumulative effects analysis for the Ambler road.

"Groups extensively critiqued the shortcomings of this cumulative effects analysis, including but not limited to the: failure to describe impacts of surface disturbance associated with the mines; failure to consider direct, indirect and cumulative hydrological, wetlands, water quality, and air quality effects of proposed mining projects; failure to analyse impacts of foreseeable access roads associated with mining; failure to include any estimate of gravel needs for mining activities; and failure to adequately consider impacts from releases of hazardous substances," according to the lawsuit.

"There's no surprise here, but it is part and parcel of the process and the reason why these permitting processes take so long, because typically you want to avoid the potential for litigation or, in this case, have successful litigation."

"The contrary has been proven time and again. Alaska has an amazing permitting process that we really get to brag about. There are a number of things that Alaska does that go above and beyond what other jurisdictions do to, to monitor and to protect the environment and go that one step further," she said.