Gabriel Boric, a 35-year old far-left Socialist, has won Chile’s presidential election of the Apruebo Dignidad (I Approve Dignity) party obtaining 55.7% of the votes in a run-off against the far-right Jose Antonio Kast. 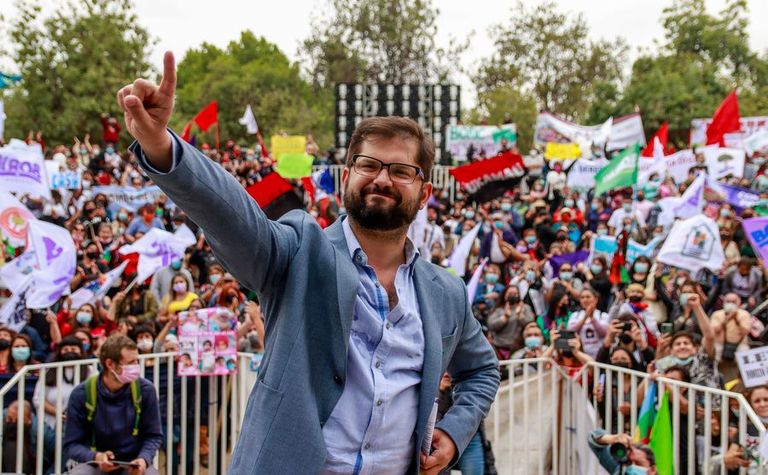 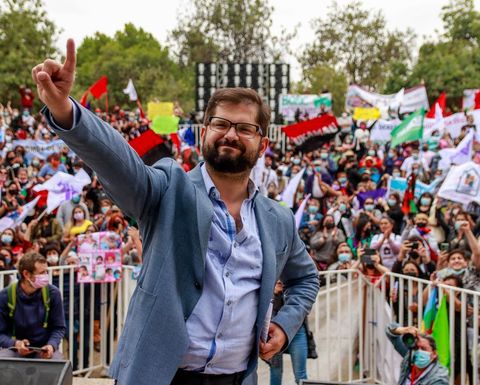 Boric will assume the presidency in March as the youngest president the country has had and the one who has received the most ever votes at 4.6 million, in a run-off which polled a record 8.4 million votes. He said he will be a president for, "all Chileans and Chilenas, because I think it is important to interpret everyone and the agreements must be between all the people and not between four walls."

Boric represents a literal and figurative changing of the guard in Chile, representing the displeasure of a younger generation at the political and social structure they see as forged during the military dictatorship years (1973-1990), and social inequalities they perceive stem from this. His is the generation that participated in the 2019 social protests which rocked the capital Santiago and led to  a referendum to draft a new constitution, which was voted up and is now being drafted.

The Boric presidency could potentially haw profound implications for Chile's storied mining sector which produces about one third of the world's copper and is the second largest producer of lithium as he seeks a more equitable distribution of the wealth that mining creates and a move away from the production of raw materials for export.

"We want to define a new economic role for natural resources, going from mere extraction to efficient use of the income of each sector. For this, policies aimed at positioning mining in Chile as an example will be promoted, due to its ability to reconcile the reduction of local impacts with the challenge of contributing low-emission minerals to the fight against the climate crisis, maintaining a harmonious relationship with the communities and territories where it takes place," he said in his manifesto.

Within this scheme of things, Boric advocates for the creation of a state lithium company to mirror state copper company Codelco, to develop new deposits and a downstream lithium industry and the development of more copper smelting capacity to reduce concentrate exports. "We understand that investment in applied science and innovation in mining is crucial to overcoming extractivism. In this way, it will seek to give greater added value to both copper and its by-products," he said.

In line with his far left and Communist supporters, Boric promises to seek higher rents from private sector mining, viewing the government take of about 40.3% as not enough. Boric supported a bill earlier in 2021 sought to implement a minimum royalty of 3% on sales for every company producing more than 12,000 tonnes per year of copper, with incremental growth tied to copper prices above US$2 per pound, as well as extend it to lithium producers.

"Regarding the tax stability contracts, we are going to recover a significant proportion of copper income for Chile, allocating them to a green productive transformation that allows us to overcome extractivism and move towards a new development model," he said, leading market commentators to announce a risk-on scenario.

As in Peru with the election of left-leaning Pedro Castillo earlier this year, the mining sector is likely to pause its investment plans in the near-term until it gets a better understanding of what the relationship with the incoming government will be. At a time when copper demand is increasing due to decarbonisation and electrification, this is likely to mean expansions at Centinela, Collahuasi, El Abra and Los Bronces may be delayed. "How much higher does [the copper price] need to be to offset as world's largest development pipeline in jeopardy entering into period of already-large structural deficits," said Earle.

Investment in lithium has already stalled due to a military-era regulatory structure which defines it as strategic and non-concessionable, and means more state agencies than usual have a voice in developments including the Nuclear Commission and state promotion agency Corfo. The result has been underinvestment in exploration and development at a time when lithium demand is increasing, which has given Argentina the opportunity to develop its lithium resources.

Mining association Sonami was quick to congratulate Boric and his election win although it cannot be relishing the prospect of his presidency. Miners face increasing project development costs as they seek to make them as environmentally benign as possible as grades continue to decline, in addition to now being hit with inflation in inputs from steel and cement to reagents. Boric favour the implementation of a sliding scale royalty where the state receives more as copper prices increases, which will limit the sector's ability to load its coffers and have the capital available to develop new productive capacity. "The mechanism will be progressive in prices: the higher the price of copper, and therefore the higher the economic rents, the greater the effective burden that the companies will face," said Boric.

Despite the apparent threat to jobs and job growth in the mining sector, Chile's mining unions backed Boric. "We commit ourselves with our vote and that of our families in this second round with the candidate Gabriel Boric; or we go home like cowards and traitors, who did not lift a finger to defend this great company such as Codelco for all Chileans," said the Copper Workers Federation (Federacion de Trabajadores del Cobre or FTC), which sees itself as a defender of democracy due to the actions of copper workers in the 1970s when the dictatorship of Augusto Pinochet began.