Lundin Mining (CN:LUN) is forecasting lower production and higher costs at its Candelaria copper mine in Chile due to pit instability that led to a rock slide last month. 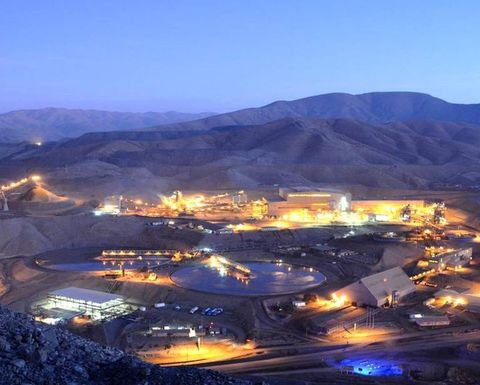 Candelaria accounts for 42% of Lundin's mine site NAV

"In the meantime, low grade stockpile ore will make up the difference in mill feed," the company said.

The re-sequencing also means that certain costs will be brought forward to 2018. Cash costs at Candelaria next year are now expected to be US$1.70/lb, up from $1.25/lb, while capital spending at the mine will jump to $510 million from $170 million, due to higher costs for stripping and mill optimization.

Coming near the tail end of what has been as strong year for Lundin, the news knocked the company's shares down by 16% in the Toronto session. The stock had been up 36% year to date.

BMO Capital Market downgraded Lundin to "market perform" and cut its price target to C$10 from C$11.25, while Raymond James cut its target to C$9 from C$10.

"Given the disappointing near-term guidance and premium valuation of LUN versus intermediate base metals producer peers - 1.15x NAV vs peers at 0.87x - we expect the stock to be under pressure," said Raymond James analyst Farooq Hamed.

Lundin acquired Candelaria in 2014. The operation accounts for 42% of Lundin's mine site NAV, according to BMO estimates.

At this point, however, this seems like it may only a short-term anchor on the company. Lundin also provided a 10-year production outlook that sees an aggregate increase of about 20%, or 290,000t over that time at Candelaria.