Golden Star Resources (CN:GSC) hit its production guidance for 2017, but has warned investors to expect a drop in ounces in 2018 as it becomes an underground-only operator. 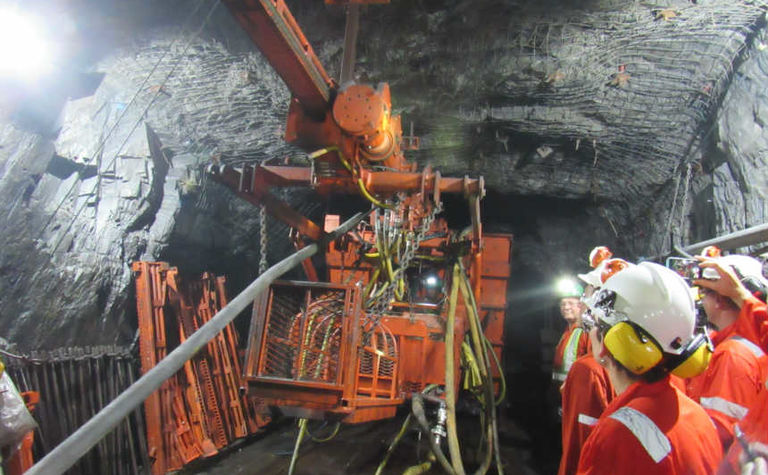 The miner, which for the bulk of 2017 was integrating two new underground mines into its Ghana gold portfolio, produced 267,565 ounces of gold in 2017, 38% higher than 2016 and in line with its 255,000-280,000oz guidance for the year.
Yet, the company's biggest contributor to output - the Prestea Open Pits (121,757oz in 2017) - is due to come offline by the end of the first half of this year, after months of defying expectations through the discovery of more viable ounces.
On top of this, Wassa main pits, which produced 75,736oz in 2018, is expected to stop operating in January, with lower-grade stockpiled ore being fed to the processing plant for the first nine months of the year.
Golden Star is aiming to produce 230,000-255,000oz at all-in sustaining costs of US$850-950 per ounce, as it makes this shifts underground at Wassa and Prestea.
"Although production in 2018 is anticipated to be lower than in 2017, our operating cost guidance is also significantly reduced and, thus, we believe this strategy delivers the best value for all of our stakeholders," CEO Sam Coetzer said.
Because of this, investors will be taking a hard look at the Wassa and Prestea Underground operations.
In the December quarter, the former produced 20,852 ounces as mining exceeded planned rates and the head grade reporting to the plant increased to 4.04g/t, a 55% quarter-on-quarter rise.
"The mining team is well-positioned to increase the tonnage profile in 2018, with the mining sequence working well and an increasing number of stopes prepared and developed," Golden Star said.
This has led the company to forecast 137,000-142,000oz of gold from the combined openpit and underground Wassa operations in 2018, compared with 137,234oz in 2017.
Prestea Underground, meanwhile, has some ground to make up.
The operation may have produced 57% more in the December quarter (8,574oz) than it did in the September quarter, but this was below expectations.
This has led the company to push back its commercial production guidance to early February. Golden Star previously outlined a December quarter declaration.
Still, the combined openpit and underground operations are expected to produce 93,000-113,000oz in 2018, compared with 130,331oz in 2017.

Ministry has no objection