Base metals producer Hudbay Minerals’ shares fell 14% on both the NYSE and TSX on Wednesday after the company reported a September-quarter net loss of US$274 million. 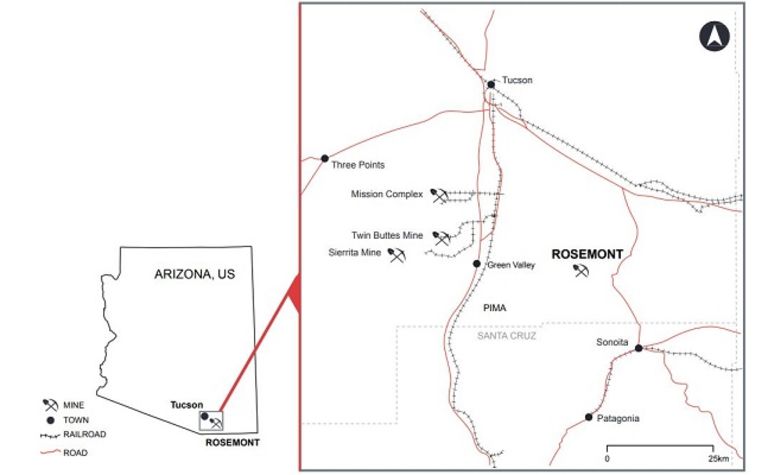 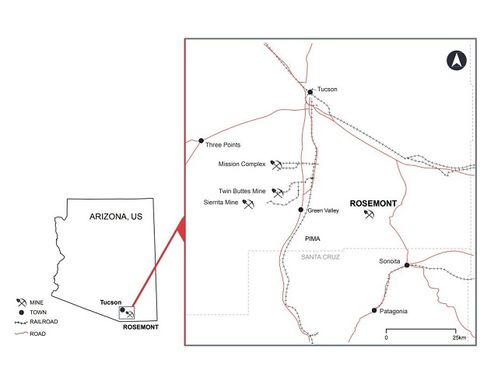 Hudbay Minerals plans to file an appeal to the US Ninth Circuit Court of Appeals regarding permits for the Rosemont project, in Arizona

Weighing on results was a $242 million impairment charge on the stalled Rosemont project in Arizona following another legal setback two weeks ago. US district court judge James Soto said in his decision there was no basis to reconsider an earlier ruling that had overturned the permit approvals for the US$1.9 billion Rosemont project.

Hudbay had made the tactical decision in August to file a motion for reconsideration of certain issues in the district court's July 31 decision. "Among other things, we believe the district court went beyond its authority by assessing the validity of Rosemont's mining claims and we asked the court to reconsider its judgment in this respect," said interim president and CEO Peter Kukielski on a conference call Tuesday morning.

"The motion for reconsideration was the first step in our appeals process as we seek to correct the court's misinterpretation of current mining laws and regulations that govern mining activities on public clients in the US. Although the district court denied our motion, it was important to put these issues on the record prior to filing an appeal to the US Ninth Circuit Court of Appeals, which we anticipate could take approximately two years to conclude," he said.

Kukielski underlined the company remained "fully committed" to Rosemont based on its belief it was a high quality, high return copper development project that both benefitted stakeholders and complied with applicable laws.

"We believe Rosemont's permits will ultimately be upheld on appeal as a district courts unprecedented decision contradict several decades of mining regulations in the US and has the potential to seriously disrupt the US mining industry."

Hudbay reported "solid" operating results from its operations in Peru and Manitoba, including record quarterly ore throughput at the Constancia mill.

Despite the operations in Peru achieving the lowest unit costs in the past eight quarters, and Manitoba unit costs having stabilised at a lower level following the Lalor ramp-up during the first half of 2019, consolidated copper output for the third quarter was down 10% year-on-year at 36,400lb, with gold production flat at 28,300oz and silver output falling 8.5% to 924,200oz.

Hudbay reported operating cash flow of $69.9 million, compared with $122.1 million a year ago.

The company said third-quarter results were on track to meet full-year production, consolidated sustaining capital expenditures and Peru unit cost guidance for 2019, while Manitoba full-year unit costs were now expected to be at or slightly above the upper end of the guidance range.